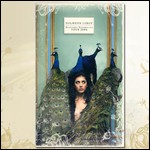 Originally classically trained, she rose to fame after winning the second season of the French television music competition Star Academy, in 2002. She has since recorded five studio albums and scored two number one singles, "Cassé" and "Nolwenn Ohwo!", on the French charts.[1] In 2012, her album Bretonne was certified two times diamond for sales exceeding one million copies.[2]

Leroy has received numerous awards and nominations. In January 2015, she was ranked 17th on Le Journal du Dimanche's 50 Most Loved Celebrities in France, making her the top female singer on the list since December 2012.[3][4]

Leroy is fluent in English, having spent a year in the US as an exchange student. She sings in many languages, including French, Breton, English and Irish. She has also performed in Italian and Spanish.

Leroy's parents left Saint-Renan (Finistère) when she was four years old. After living in Paris, Lille, and Guingamp, her mother, Muriel Leroy, and her younger sister, Kay, settled with Leroy's grandparents in Saint-Yorre. Her mother divorced from her father, professional footballer Jean-Luc Le Magueresse, in 1993.[5]

Nolwenn studied at the "Collège des Célestins" in Vichy. When Leroy was eleven, her music teacher noticed her musical talents and encouraged her to learn the violin. At the age of thirteen she won "Les écoles du désert", a contest sponsored by the Cora supermarket chain, which allowed her to travel with a humanitarian mission from Gao to Timbuktu, Mali; she later claimed this had a profound influence on her.[5]

In July 1998, Leroy was awarded a scholarship by the Vichy Rotary Club to travel to Hamilton, Ohio, as an exchange student. While attending Hamilton High School, she took music lessons at the Performing Arts School and became fluent in English during her stay there.[5] When she returned to France, she began classical singing classes at the Vichy music conservatory. In 2001, she enrolled in the University of Clermont-Ferrand to study law for a potential alternative career to music.[5]

After watching the first series of Star Academy broadcast on TF1 in 2001, Leroy was impressed by Armande Altaï, a singing teacher and one of the show's judges, and decided to join Altaï's singing classes in Paris for over six months. In 2002, Nolwenn was selected for the second season of the show, but she was also given the part of Scarlett O'Hara in the French stage musical Autant en emporte le vent (Gone with the Wind) by Gérard Presgurvic.[5] Leroy finally chose the television singing competition over the musical and joined the Dammarie-lès-Lys castle in late August 2002, where she followed acting, dancing and singing classes for four months. She was declared the overall winner, ahead of her fellow finalist, Houcine Camara, on 21 December 2002.

Leroy's first album, Nolwenn, was released in March 2003 and was certified platinum by November[6] for sales exceeding 300,000 copies.[7] In 2006, the album was certified two times platinum by the Syndicat national de l'édition phonographique (SNEP) for more than 600,000 copies sold.[8] Both the album and the hit single "Cassé" topped the charts in France and Belgium. Three further songs from the album were released as singles: "Une Femme cachée", "Suivre une étoile" and "Inévitablement". Leroy went on tour in France, Belgium and Switzerland in late 2003 to promote songs from the album.

Leroy's second album, Histoires Naturelles, was released on 5 December 2005. It was produced by Laurent Voulzy and Frank Eulry. The album's lead single "Nolwenn Ohwo!", co-written by Alain Souchon, Voulzy and Leroy herself, topped the French charts.[9] The second single was the title track, "Histoire Naturelle". Music videos were made for both songs; the video for "Histoire Naturelle" expressed the main theme of the album with Leroy being portrayed as natural history museum exhibits. Of the other single releases, "Mon Ange" was distributed digitally while "J'aimais tant l'aimer" and "Reste Encore" were promotional-only. The album reached platinum status[10] with 400,000 copies sold.[11] Songs from Histoires Naturelles and Nolwenn were performed on Leroy's second tour entitled "Histoires Naturelles Tour", which started in September 2006. It was followed by a Summer Tour in 2007. Leroy's first live album was subsequently released in late October 2007.

Le Cheshire Cat & Moi was a project that began in 2007, co-written by Leroy and Teitur Lassen, with contributions from Jonatha Brooke, Michelle Featherstone, Mike Errico and Rupert Hine. It was arranged and produced by Lassen, and recorded in Sweden and the Faroe Islands. The album's lead single, "Faut-il, faut-il pas ?", was released in November 2009 along with a music video directed by Yoann Lemoine.[12] Leroy was observed to feature "a lighter sound than on previous releases"[13] and the album gave the opportunity for her to write all the lyrics.[5] The album was released on 7 December 2009 and was later certified gold.[14] A tour entitled "Le Cheshire Cat & Vous" to promote the record was held in 2010.

Leroy released a fourth studio album, Bretonne, on 6 December 2010. Cover versions of traditional Celtic songs such as "Mná na h-Éireann", "Tri Martolod", "La Jument de Michao", and contemporary songs such as Christophe Miossec's "Brest" were included on the album. Most of the songs related to Brittany, the singer's birthplace, four sung in Breton ("Tri Martolod", "Suite Sudarmoricaine", "Bro Gozh ma Zadoù", "Karantez Vro"), one in Irish ("Mná na h-Éireann"), and the others in French and English. Leroy collaborated with Jon Kelly for the musical arrangements.[15] The album topped the French album charts for 7 weeks and the Belgian album charts for 5 weeks. It was certified double diamond[16] by the SNEP for sales exceeding one million copies.[2]

The album was re-released in November 2011 as a Deluxe Edition which added 7 English language tracks, including "Amazing Grace", "Scarborough Fair" and two Mike Oldfield tracks, "Moonlight Shadow" and "To France". The American version of the album, retitled Nolwenn, was released on 8 January 2013 with a different track listing. The album peaked at number 10 on the Billboard's World Album chart.[17] Leroy made her New York City debut at Drom.[18] As part of the Bretonne Tour, Leroy played over 100 dates[19] in France, Belgium, Switzerland and Germany.

Leroy's fifth album, Ô Filles de l'eau, was released on 26 November 2012, preceded by the lead single "Juste pour me souvenir". The album was produced by Jon Kelly and recorded in London. The title reads 'O Daughters of the Water' but is phonetically similar to 'au fil de l'eau' ('with the current/flow'). Like Bretonne, it contains Celtic inspired music but with more ocean themed lyrics. It includes two tracks in English ("Homeland" and "Limitless"). "Homeland" contains the James Horner composed theme of the film Braveheart. "Ahès" is the only Breton-language song of the album. Leroy wrote and co-composed 9 songs, including the singles "Juste pour me souvenir", "Sixième continent", "J'ai volé le lit de la mer" and "Ophélia".[20] The album cover was created by Australian artist Vee Speers, inspired by her portrait series, Immortal.[21] Reviews of the album were strong, with some praising Leroy's vocal ability and Celtic music and lyrics, noting that her singing in English and Breton was brave and proved her to be an evolving artist, with strong sales to match. Two months after its release, the album was certified triple platinum by the SNEP.[22][23] Furthermore, it was named RTL's Album of the Year 2013.[24]

In 2013, Leroy toured France, Belgium and Switzerland in support of the album. Additionally, she was a special guest on Vladimir Cosma's symphonic tour in France.[25] In early 2014, she was nominated at the World Music Awards for the first time, in four categories: World's Best Album (Bretonne), World's Best Entertainer, World's Best Female Artist, and World's Best Live Act.[26]

On 11 June 2015, she was invited to talk about her career at Oxford University.[29] In November 2015, Leroy announced that she would perform at Celtic Connections in Glasgow's City Halls on 30 January 2016, along with Karen Matheson.[30]

Leroy's music was studied for its neurological impact in geriatric populations.[33][34][35] Researchers found that Leroy's recordings might have a more beneficial effect than other music, noting that: "the music of Nolwenn Leroy was found to be significantly superior to other music tested". To describe the phenomenon they coined the term the Nolwenn Effect, saying: "the music of Nolwenn Leroy appears to have a different effect on brain-based modulation of gait and stance than other music tested to date".

Mozart and Dutch and French singers were tested; only Mozart and Leroy's music were specified. The U.S. study was completed in February 2008, but no substantial results appear to be published.[36]

In 2011, Leroy appeared in two television commercials for the Nintendo 3DS and she became the face of Pantene for France[37] and Belgium.[38]

In 2006, she joined the Les Enfoirés charity ensemble and she became one of the Abbé Pierre Foundation's patrons[39] for housing people in need.

On 27 November 2015, she participated together with Camélia Jordana and Yael Naim at the national memorial day for the victims of the November 2015 Paris attacks singing the song "Quand on n'a que l'amour" from Jacques Brel.[40]

Since 2008 she is in a relationship with Arnaud Clément, former French professional tennis player and captain of the France Davis Cup team.[41]

Leroy owns a horse named El Aberkan. She showed her horse riding and jumping skills on unfamiliar horses a couple of times for French TV shows broadcast on France 2, including the 50th Gala de l'Union des Artistes charity in 2011, alongside Alexis Gruss.[66]

This article uses material from the article Nolwenn Leroy from the free encyclopedia Wikipedia and it is licensed under the GNU Free Documentation License.