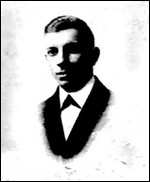 Antonio Sparbaro, known professionally as Tony Sbarbaro or Tony Spargo (June 27, 1897 – October 30, 1969) was an American jazz drummer associated with New Orleans jazz. He was the drummer of the Original Dixieland Jazz Band for over 50 years.

Sbarbaro was born in New Orleans to an immigrant Sicilian family. Early in his career he played with the Frayle Brothers Band (possibly as early as 1911)[1] and the Reliance Band of Papa Jack Laine. He did side work with Merritt Brunies and Carl Randall. He joined the Original Dixieland Jazz Band for their initial recordings in 1917;[1] he became its leader in the 1940s and remained a member of the ensemble until its dissolution in the 1960s. Indeed, he was the only founding member still in the group at that time. Sbarbaro also composed for the group, writing the tune "Mourning Blues" among others. He remained a fixture of Dixieland jazz performance for most of his life, playing later in life in New Orleans with Miff Mole, Big Chief Moore, Pee Wee Erwin, and Eddie Condon. He played at the New York World's Fair in 1941 and with Connee Boswell in the 1950s. He quit music in the 1960s due to the popularity of rock & roll, and died in 1969.

Sbarbaro's drum set had a number of nonstandard qualities. He employed wood blocks, cowbells, and Chinese tom-toms, and used a custom arrangement for his bass and snare drum. He used the technique known as "double-drumming",[1] hitting the bass drum with the butt end of the drum stick. Sbarbaro even put stuffed animals inside drums to change their sound. He also had a kazoo attached to his set, providing some of the band's sound effects.

This article uses material from the article Tony Sbarbaro from the free encyclopedia Wikipedia and it is licensed under the GNU Free Documentation License.

My Gospel Alex Felix Jazz Club
Update Required To play the media you will need to either update your browser to a recent version or update your Flash plugin.