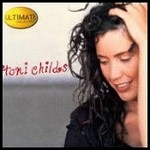 Toni Childs (born October 29, 1957) is an American-Australian singer-songwriter. She is best known for her songs "Don't Walk Away" (a Billboard Hot 100 hit in the United States in 1988), "I've Got to Go Now", a Top 5 hit in Australia in 1991, and the Emmy-winning "Because You're Beautiful" (released as a single in 2004, and featured on her 2008 album Keep the Faith). In New Zealand she has had six Top 40 hit singles and three platinum albums.

Childs was born in Orange, California, but lived in Arkansas, Kansas, Oklahoma and Nevada during her childhood. Raised in a household dominated by her parents' religious values, Childs stated in a 1988 article for Time magazine that she and her three brothers "were not allowed to listen to pop music or rock or even go to the movies. There was a lot I missed out on." [1] At the age of 15, Childs ran away from home and became a blues musician. In 1972, she saw Pink Floyd in concert and decided to pursue a career as a singer-songwriter.[2]

In 1979, Childs performed several live shows with the band Berlin whilst their singer, Terri Nunn, was unavailable. Her first band of note, Toni and the Movers, included Jack Sherman (later to become a member of the Red Hot Chili Peppers) and Micki Steele (later a member of the Bangles). The Los Angeles-based band performed and toured for two years but did not release an album. In the summer of 1981, after The Movers had disbanded, Childs performed various improvised sets of music at Madame Wong's West and the Madam Wong's clubs in Los Angeles under the name Nadia Kapiche with musicians including Steve Schiff (guitar), Micki Steele (bass), Mark Buchholtz (keyboards/sax), Richard Larsen (keyboards/sax), and drummer Stan Getts. Demo (recording) sessions were also done in Hollywood with most of this band, with Ed Warnecke on drums. Childs was still searching for her niche. She has said, "I didn't know who I was, and I realized I was trying to grab the brass ring like everybody else. I wanted to become a better songwriter and I knew I just didn't know enough to be signed. That's when I went to Island Music publishing, and asked them to sign me and send me to England."[2]

In 1981, she signed a song publishing deal with Island Music which financed her move to London. There she lived in an empty office of a local recording studio, sweeping floors and dusting consoles in exchange for rent and recording experience. While in London, Childs played with various musicians in various band configurations: David Rhodes (who had worked with Peter Gabriel), Mike Cotzi (Shriekback), Martin Swaine (The Waterboys, World Party), Steve Creese (World Party) and Duncan Kilburn (The Psychedelic Furs).[3] During her stay in the vitally global music scene of early-80s London, the seeds of world music were planted,[2] later to be heard on Childs's first album. In 1983, Childs provided backing vocals on Scottish band The Europeans' track "A.E.I.O.U". Band member Steve Hogarth later returned the favor by doing the same on Childs' debut album Union.[4]

In 1985, after returning to Los Angeles, Childs was signed to A&M Records and soon began to work with songwriter/producer/musician David Ricketts (of David + David) on the soundtrack for the film Echo Park, and provided backing vocals for David + David's album Boomtown, on a track titled "Ain't So Easy".

In 1988, Childs' debut album Union was released. Recorded in London, Paris and Swaziland, the album was an infusion of rock/pop and world music with its strong African percussion. The album garnered considerable critical acclaim, and though it peaked at #63 in the US, it was certified gold in 1995 by the Record Industry Association of America (RIAA) for having shipped 500,000 units (the album had shipped 180,000 copies between 1991 and 2006, 1991 being when SoundScan began tracking sales).[5] It also enjoyed two weeks at #1 in New Zealand and was certified 5x platinum there (75,000 copies). In Australia, the album was certified double platinum,[6] for shipments exceeding 140,000 copies. Later that year, Childs was nominated for two Grammy Awards — Best New Artist and Best Rock Vocal Performance (female). Her first national tour was opening for Bob Dylan. The single "Stop Your Fussin'" was a major single hit in various countries including South Africa where it was named the 7th biggest selling single of 1989.

As with all of her albums, Childs wrote or co-wrote all the tracks for Union. She embarked on a relationship with her Union collaborator David Ricketts, living and working together, and the songs on Union have much to do with their relationship. In a 1988 article that praised Childs' originality and the craftsmanship of Union, Time magazine said, "if she can get an album like Union from a single relationship, the music she makes from the rest of her life should really be extraordinary".

In 1989, Childs recorded a cover version of Jimmy Cliffs' "Many Rivers to Cross" as part of the soundtrack for the film Lost Angels.

Her follow-up album House of Hope yielded a large hit in Australia with "I've Got To Go Now", but it did not sell well in the US and she was dropped from the A&M label. According to Soundscan, up until 2006, House of Hope had sold 203,000 units in the US since its release in 1991.[5] The title track was featured on the Thelma and Louise soundtrack, and instrumental excerpts from "Heaven's Gate" have been used in American television shows. The album covered some rather dark ground — such as domestic abuse in "I've Got To Go Now", world troubles in "House of Hope", incest and sexual abuse in the harrowing "Daddy's Song", addiction in "Where's The Light" and "Put This Fire Out", and death in "Heaven's Gate", "Dead Are Dancing", and "Three Days". Of the album, Childs stated she believed that "when we have the courage to share our darkest parts and our purest nature with each other we are evolution in action. We are creating our own 'House of Hope'".[7] Like its predecessor, it achieved platinum status in New Zealand, and was certified double platinum in Australia.[8]

The Woman's Boat and The Very Best of

Following her departure from A&M, Childs was signed by DGC Records, a subsidiary of Geffen Records. She then released her third album, The Woman's Boat, in 1994. The album's emphasis on femininity and womanhood was framed by the opening track "Womb" and the closing track "Death". Cameos on the album from Peter Gabriel, Robert Fripp, and Zap Mama echoed the world beat of her earlier albums. The Woman's Boat featured more programming and computer-based textures than the previous two albums, notably "Welcome To The World" and the single "Lay Down Your Pain", and it contains some darker tracks such as "Predator" and "I Just Want Affection", mixed with mellow highlights "Long Time Coming" and "I Met A Man" (featuring Peter Gabriel). While the album did not elicit a lot of reviewer response, Q magazine described it as "epic" in its scope. Although she was nominated for another Grammy Award for Best Female Rock Performance, the album sold poorly, and Childs was again left without a recording label. According to Soundscan, The Woman's Boat has sold 66,000 units in the US since its release in 1994 up until 2006.[5]

In 1996, The Very Best of Toni Childs was released, becoming the fifth biggest-selling album of 1996 in Australia on the back of the re-release of her cover of Jimmy Cliff's "Many Rivers to Cross", which she recorded in 1989. The "Best of" collection also became her third platinum-selling top-10 album in New Zealand, and was certified six times platinum in Australia, becoming the fifth highest-selling album of 1996 there.[9] Her version of Many Rivers to Cross was featured prominently in television advertisements for the National Australia Bank at the time.[10]

She retired from touring in 1997 after developing Graves' disease and starting the "Dream a Dolphin" charity.

"Because You're Beautiful" and Keep The Faith

Eve Ensler, the founder of V-Day, met Childs in early 2003 when Childs was performing in a production of Ensler's The Vagina Monologues in Kauai, Hawaii. Ensler was already a fan of Childs' music, which she claims had a profound impact on her and had been a lifeline.[11] Ensler asked Childs to write an anthem for her documentary Until The Violence Stops. Childs wrote and released a song entitled "Because You're Beautiful", which was awarded the 2004 Emmy Award for Outstanding Music & Lyrics.

Childs resided in Hawaii where she made a recovery from Graves' disease and has slowly re-entered into performing live and recording. In a surprise appearance, in October 2006, Childs took the stage at Darcy's Pub in Victoria, British Columbia at an "open mic" night.

She has recorded an album entitled Keep the Faith, which has seen her once again team up with David Ricketts who collaborated with her on her critically acclaimed debut album twenty years earlier. The album drew heavily from material Childs wrote in the mid 1990s and she has stated that Keep The Faith is "an apt title given personal and world events".[11] It consisted of eleven new songs and the track "Because You're Beautiful". Originally available direct from the artist, Keep The Faith is distributed on general release in the United States by 429 Records (part of the Savoy group of record companies) as of January 2009. It is also available in New Zealand, distributed by MGM Distribution Pty Ltd. The album was released in Australia in August 2008, featuring first single "One Life". Childs performed a concert tour of the country in September 2008, and again there (with Jackson Browne) in February/March 2009.

In April 2012 Childs moved from her island home of Hawaii to Australia and is now living in Burleigh Heads a suburb of the Gold Coast in Queensland, Australia.

In 2013, she contributed a foreword to 101 Vagina, a crowd-funded book published in Melbourne and designed to break down taboos surrounding the female body.[12]

This article uses material from the article Toni Childs from the free encyclopedia Wikipedia and it is licensed under the GNU Free Documentation License.