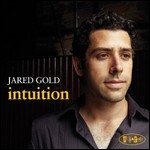 Jared Gold is a jazz organist. He has performed internationally and recorded with some of the best jazz artists. In 2008, his first solo album, Solids & Stripes, was released by Posi-Tone Records. The album features Randy Napoleon (guitar), Seamus Blake (tenor sax), and Mark Ferber (drums).

Gold appears on two CDs with guitarist Randy Napoleon and drummer Quincy Davis. These are Enjoy the Moment and Randy Napoleon: Between Friends. The first is a collaboration between Gold and Napoleon and prominently features two of Gold's compositions. He is also featured on The Dave Stryker Trio CD, The Chaser, the Avi Rothbard Trio CD, Going Somewhere, the William Ash Trio CD, Broadway Alley, and the Dan Pratt Organ Quartet's Springloaded.

Gold plays the Hammond B-3. He has been influenced by Larry Young, Jack McDuff, and Don Patterson, and believes in extending harmony and solidifying groove.

In 2004 Dave Stryker included Jared in his newly formed organ trio with drummer Tony Reedus. This trio performs often. Gold appeared at Chez Hanny in 2005 with the Dan Pratt Organ Quartet. In 2007, he toured the UK with the Randy Napoleon Trio.[1]

This article uses material from the article Jared Gold (organist) from the free encyclopedia Wikipedia and it is licensed under the GNU Free Documentation License.

Smack Dab In The Middle Gene Harris & Curtis Stigers
Update Required To play the media you will need to either update your browser to a recent version or update your Flash plugin.