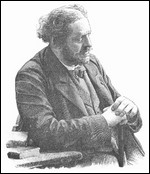 Paul Jules Barbier (8 March 1825 – 16 January 1901) was a French poet, writer and opera librettist who often wrote in collaboration with Michel Carré. He was a noted Parisian bon vivant and man of letters.[1]

His libretti for extant operas (those co-written with Carré are shown with an asterisk) include:

He also wrote the libretto for La Guzla de l'Émir, a one-act comic opera by Georges Bizet. This was never performed and probably destroyed.

He wrote the scenario for Léo Delibes' ballet Sylvia. Charles Gounod wrote incidental music to Barbier's play Jeanne d'Arc, and the libretto to Pyotr Ilyich Tchaikovsky's opera The Maid of Orleans was partially based on it.

This article uses material from the article Jules Barbier from the free encyclopedia Wikipedia and it is licensed under the GNU Free Documentation License.

Low Life Zoot Sims
Update Required To play the media you will need to either update your browser to a recent version or update your Flash plugin.