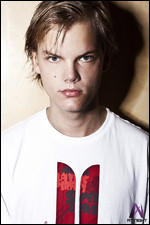 Not to be confused with Avci.

In 2010, Avicii released the song "Seek Bromance", which reached the top 20 in several countries including Belgium, France, the Netherlands, United Kingdom, and Sweden. He also remixed Nadia Ali's classic single "Rapture" for her album Queen of Clubs Trilogy: Onyx Edition. In October 2010, Avicii signed with the European A&R team with EMI Music Publishing.

In 2011, Avicii released "Levels" which became a huge mainstream hit, greatly increasing Avicii's popularity. The song was produced and written by Tim Bergling and contains a vocal sample from the 1962 gospel-inspired "Something's Got a Hold on Me" by Etta James. The same vocal sample was used first by Pretty Lights in his 2006 song "Finally Moving". This sample was also used by Drum and Bass producer Logistics on "Call Me Back" and by Flo Rida in his single "Good Feeling", which was produced by DJ Prak and Cirkut.[6] Levels reached the top ten in Croatia, Slovenia, Bosnia, Austria, Belgium, Denmark, Germany, Greece, Ireland, Italy, The Netherlands, and the United Kingdom and topped the charts in Hungary, Norway, and Sweden

In 2012, his collaboration track "Sunshine" with David Guetta was nominated for a Grammy award under the category for Best Dance Recording.[4] His track "Fade into Darkness" was sampled by Leona Lewis on her single "Collide". The sampling was not accredited and led to controversy as Avicii attempted to block the single's release. However, the matter was resolved outside of court with representatives stating "that Leona Lewis and Avicii will work together on the forthcoming single of Collide".[7]

On 23 March 2012, Avicii's unsigned single "Last Dance" was previewed on Pete Tong's show on BBC Radio 1. The song was later released on 27 August 2012. At Ultra Music Festival 2012 in Miami, he premiered two tracks, "Girl Gone Wild" (Avicii's UMF Remix) with Madonna and "Superlove" with Lenny Kravitz. Avicii's UMF Remix of "Girl Gone Wild" was released on 20 April 2012, and "Superlove" with Kravitz was released on 29 May 2012. After reaching two million followers on Facebook, Avicii released a new song titled "Two Million". It was put out as a free download on his official Soundcloud page. On 27 April 2012, Avicii released "Silhouettes". The song featured vocals from Salem Al Fakir and peaked at number 5 on the UK Dance charts and number 4 on the Billboard Hot Dance Club Songs.

Avicii was a featured performer on 4 August 2012 at Lollapalooza festival in Chicago's Grant Park. On 12 August 2012, Avicii released "Dancing in My Head" (Avicii's 'Been Cursed' Mix) on Beatport. The track features vocals from Eric Turner. A radio edit of the track, titled "Dancing in My Head" (Tom Hangs Mix) was released on 14 August 2012 on iTunes, and a remix EP was later released on 30 October 2012 featuring remixes from Charlie Bernardo and Michael Woods.

On 26 September 2012, Avicii made history by being the first DJ to headline the world famous Radio City Music Hall in New York City.[8] He performed two sold out shows on 26 and 27 September. He was supported by Matt Goldman and Cazzette at the two shows. At his Radio City Music Hall shows, he played a preview of his new track with Mike Posner titled "Stay with You".

On 29 December 2012, Avicii released "I Could Be the One" with Nicky Romero. After first being debuted at his shows almost a year earlier, the track finally got released via Avicii's record label LE7ELS. The new vocal version was released along with an instrumental version, a radio edit, and remixes from Audrio and Didrick.

Avicii was nominated for a Grammy for Best Dance Recording with "Levels" at the 2013 Grammy Awards. He was nominated alongside Calvin Harris and Ne-Yo, Skrillex, Swedish House Mafia and John Martin, and Al Walser. The award show took place on 10 February 2013 and the award was won by Skrillex.

From late February to early March 2013, Avicii toured Australia as one of the headline acts in the Future Music Festival alongside The Prodigy and The Stone Roses.[10] In late February 2013, Avicii made his first South American Tour including concerts in Venezuela, Argentina, Colombia, Brazil and Chile.

In March 2013, Avicii announced and premiered many new tracks from his new album, which would later be set to be released in September, during his Main Stage set at Ultra Music Festival in Miami. The new tracks were experimental in nature, and received mixed critical reviews.[11]

The EBU and SVT announced on 15 April that Avicii, along with ex-ABBA members Björn Ulvaeus and Benny Andersson, had composed the anthem for the Eurovision Song Contest 2013. The song was performed for the first time in the Final on 18 May.[13]

On 14 June 2013, the world premier of Avicii's new single, "Wake Me Up!" was previewed by Pete Tong on BBC Radio 1 featuring vocals from Aloe Blacc. The song was later released on iTunes and radio on 25 June 2013. It is the first single from Avicii's album, True, which was released on 16 September 2013. "Wake Me Up!" was number 1 on the Spotify Global Chart and Avicii was at 2 in most streamed artist worldwide.

The Official Charts Company announced on 21 July that "Wake Me Up" had become the UK's fastest selling single of 2013 after overtaking Robin Thicke's "Blurred Lines", to sell 267,000 copies in its first week on sale in the UK.[14] "Wake Me Up!" subsequently became a major hit, topping the charts in over 20 countries including Australia, Germany, Ireland, Italy, Scandinavia, the Netherlands and New Zealand.

On January, 2014 the French hit music radio station NRJ released a new web radio station called "NRJ AVICII", which plays songs only by Avicii. On 7 April 2014, Avicii will release his upcoming single "Addicted to You". On 24 March 2014, Avicii is set to release a remixed version of his debut album as he tours Europe and North America.

Since achieving widespread commercial success, Avicii began working with his manager and executive producer Ash Pournouri to start House for Hunger[19] in 2011, a charity dedicated to alleviating global hunger. The pair wanted to showcase the giving spirit fostered by the house music community. Avicii explained, "You have to give something back. I am so fortunate to be in the position where I can actually do that. I feel lucky every day when I wake up and am able to do what I love and make a living." In addition to donating $1 million to Feeding America, a charity founded by Lauren Bush, House for Hunger has helped fund the efforts of The Feed Foundation,[20] allowing it to distribute over two million school meals throughout Africa.[21]

This article uses material from the article Avicii from the free encyclopedia Wikipedia and it is licensed under the GNU Free Documentation License.

I Cover The Waterfront Sonny Clark
Update Required To play the media you will need to either update your browser to a recent version or update your Flash plugin.