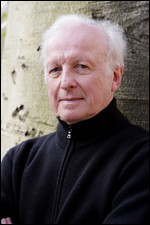 Gerd Albrecht (19 July 1935 2 February 2014) was a German conductor. He was a first-prize winner at the International Besançon Competition for Young Conductors at age 22. His first post was as a repetiteur at the Stuttgart State Opera. Later, he became Senior Kapellmeister at the Staatstheater Mainz, and Generalmusikdirektor in Lübeck. He also held posts at the Deutsche Oper Berlin, the Tonhalle-Orchester Zürich and the Hamburg State Opera.

Albrecht was born in Essen.

His work in contemporary opera included conducting Aribert Reimann's Lear in both its world premiere and its United States premiere, as well as making the commercial recording of the opera.[1][2][3] His other commercial recordings include Robert Schumann's Genoveva and Manfred.[4]

In 1991, the musicians of the Czech Philharmonic picked Albrecht as its principal conductor, for a tenure scheduled to last seven years beginning in 1994. The orchestra had played a part in protesting the Soviet domination of their country and reorganized as a self-governing entity. The musician's selection of Albrecht effectively meant the replacing of Czech conductor Jií Blohlávek, who then in 1992 resigned from his position early. Consequently, by the time that he took up the post, the orchestra was already somewhat riven.[7] Albrecht proved effective in improving the Czech Philharmonic's finances and at raising its international profile with foreign tours. He is also acknowledged to have been a musical success, and his recordings with the orchestra included music of Ervin Schulhoff.[8] However, a series of political conflicts led to his early resignation.[9]

In 1994, the Czech Philharmonic was invited to perform at the Vatican in a concert celebrating reconciliation between Roman Catholics and Jews. However, the invitation was to play under the American conductor Gilbert Levine, already known for his close relationship with the Vatican under Pope John Paul II and subsequently for the widely-telecast, Papal Concert to Commemorate the Holocaust. Albrecht vetoed the engagement, ostensibly because the orchestra was too busy. However many suspected that the real reason for the refusal was that Albrecht was not invited to conduct the concert himself.

Czech president Václav Havel became involved, telling Albrecht that his actions were damaging the orchestra. The situation steadily deteriorated, with Albrecht painting himself in press interviews as a victim of racism and anti-German feeling and for being expected personally to atone for all past German misdeeds. He also claimed that his phone was bugged. Havel retaliated in the media with his own claims. Albrecht and Blohlávek collaborated for the 100th anniversary concert, each conducting half of it, on January 4, 1996, but Havel was conspicuously absent and members of the orchestra showed their allegiances when the time came for applause. Albrecht resigned from this post a month later asserting that his musical authority had been undermined.

Albrecht continued to conduct in countries such as Japan and Denmark. From 2000-2004, he was principal conductor of the Danish National Symphony Orchestra. In 2003, he caused controversy when he spoke from the podium at one concert to protest the US invasion of Iraq. He later apologized for the incident.[10] In Japan, he served as principal conductor of Yomiuri Nippon Symphony Orchestra from 1998 to 2007, after which he was made conductor laureate.

This article uses material from the article Gerd Albrecht from the free encyclopedia Wikipedia and it is licensed under the GNU Free Documentation License.

How Long How Long Blues Henri Chaix Trio
Update Required To play the media you will need to either update your browser to a recent version or update your Flash plugin.