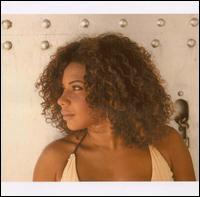 Her style is considered axé but her music also steers into samba and MPB territory, at times drawing on African rhythms and reggae.

Menezes is best known in Brazil for her song "Me Abraça e Me Beija", a major hit in 1990. She also scored another hit with "Dandalunda", a song which became the unofficial anthem of the 2003 Salvador carnival.

Menezes has achieved superstardom in her native Bahia but only moderate success in wider Brazil. She is famed for her energetic live performances and regularly tours and performs at carnival celebrations.

In 1990, one of Menezes's tracks "Elegibô (Uma Historia De Ifa)" was used in the Mickey Rourke film Wild Orchid. This prompted Island Records in the US to release a compilation album of some of her older material from Brazil on their subsidiary label, Mango. The album, simply titled Elegibô, was an instant hit, reaching # 1 on the Billboard World Music chart at a time when David Byrne was championing Brazilian music in the US. The title track itself became a regular staple at clubs playing so-called world music throughout the US and Europe. The album also received a full release in the UK, Germany and France. A single, "Tenda do Amor", was also released from the album in some European territories. Menezes toured internationally on the back of this album, generating a lot of press in the process. A second US-released follow-up album Kindala, released late 1991, but repackaged in some territories from the Brazilian version of the same name, also achieved some success. This release also gave Menezes a minor hit album in France too.

In 2001, Menezes released the highly acclaimed Afropopbrasileiro (also known as "Maga") showcasing her trademark fusion of afro-Brazilian beats. The album was produced by Carlinhos Brown of Tribalistas fame and was well received in Brazil and internationally.

Her 2005 single, "Como Tu", a duet with Brazilian superstar Ivete Sangalo was released amidst much hype because Sangalo was achieving platinum album sales at the time. The track reached the lower reaches of the airplay Top 30 in Brazil but failed to emulate the success of recent Sangalo hits. The hit single was lifted from Menezes' 2005 album release Pra Você; the album received lukewarm reviews, possibly owing to a more poppier sound than previous releases. A second single, the reggae-tinged "Miragem na esquina" performed poorly at radio.

More recently, Menezes participated on the track "Beijo Descarado" by Timbalada which achieved some airplay success in Brazil during the 2007 Carnival celebrations.

In 2010, an acoustic version of her 2008 album Naturalmente was released. The album was recorded at Ilha dos Sapos and featured guests like Gilberto Gil, Carlinhos Brown and Portuguese singer Luis Represas.

Menezes remains one of the most dynamic and popular of the contemporary Brazilian artists achieving international recognition.

This article uses material from the article Margareth Menezes from the free encyclopedia Wikipedia and it is licensed under the GNU Free Documentation License.

Stand Around Marius Bürgisser With Walter Jauslin
Update Required To play the media you will need to either update your browser to a recent version or update your Flash plugin.