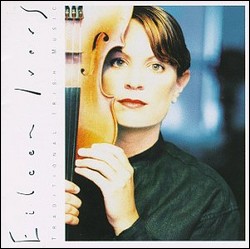 Ivers was a founding member of Cherish the Ladies. She recorded and toured with them for several years.

In 1995, she replaced the original fiddler in the Riverdance Irish dance troupe and toured with them. [2]

Her original blue Barcus-Berry electric fiddle was eye-catching and inspired the name of her album Wild Blue. She later replaced it with a blue ZETA Strados acoustic-electric fiddle, which is a one-of-a-kind instrument with unique sound and ambience. It was custom-made for her by ZETA Music Systems (who will be producing an "Eileen Ivers Signature Series" Blue electric violin exactly like hers).

Ivers has recorded with Micheál Ó Súilleabháin, an Irish composer who uses folk, classical and jazz influences, on the television series River of Sound and on his album Becoming (1998).

She also recorded a traditional air for the soundtrack to the film Gangs of New York, entitled "Lament for Stalker Wallace". She appears on the soundtrack for the film Some Mother's Son.

As a session or guest musician

As a guest artist

This article uses material from the article Eileen Ivers from the free encyclopedia Wikipedia and it is licensed under the GNU Free Documentation License.

Parker's Mood Mark Murphy
Update Required To play the media you will need to either update your browser to a recent version or update your Flash plugin.