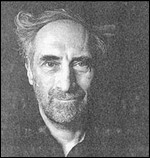 Rzewski (pronounced zheff-skee) began playing piano at age 5. He attended Phillips Academy, Harvard and Princeton, where his teachers included Randall Thompson, Roger Sessions, Walter Piston and Milton Babbitt. In 1960, he went to Italy, a trip which was formative in his future musical development. In addition to studying with Luigi Dallapiccola, he began a career as a performer of new piano music, often with an improvisatory element. A few years later he was a co-founder of Musica Elettronica Viva with Alvin Curran and Richard Teitelbaum. Musica Elettronica Viva conceived music as a collective, collaborative process, with improvisation and live electronic instruments prominently featured. In 1971 he returned to New York.[1]

In 1977 Rzewski became Professor of Composition at the Conservatoire Royal de Musique in Liège, Belgium, then directed by Henri Pousseur. Occasionally he teaches for short periods at schools and universities throughout the U.S. and Europe, including Yale University, the University of Cincinnati, the California Institute of the Arts, the University of California, San Diego, the Royal Conservatory of The Hague and Trinity College of Music, London.[1]

Many of Rzewski's works are inspired by secular and socio-historical themes, show a deep political conscience and feature improvisational elements. Some of his better-known works include The People United Will Never Be Defeated! (36 variations on the Sergio Ortega song El pueblo unido jamás será vencido), a set of virtuosic piano variations written as a companion piece to Beethoven's Diabelli Variations; Coming Together, which is a setting of letters from Sam Melville, an inmate at Attica State Prison, at the time of the famous riots there (1971); North American Ballads; Night Crossing with Fisherman; Fougues; Fantasia and Sonata; The Price of Oil, and Le Silence des Espaces Infinis, both of which use graphical notation; Les Moutons de Panurge; and the Antigone-Legend, which features a principled opposition to the policies of the State, and which was premiered on the night that the United States bombed Libya in April 1986.[1] Among his most recent compositions, the most interesting are the Nanosonatas (2006~2010) and the Cadenza con o senza Beethoven (2003), written for Beethoven's Fourth Piano Concerto. Rzewski played the solo part in the world premiere of his piano concerto at the 2013 BBC Proms.[2]

Nicolas Slonimsky (1993) says of him in Baker's Biographical Dictionary of Musicians: "He is furthermore a granitically overpowering piano technician, capable of depositing huge boulders of sonoristic material across the keyboard without actually wrecking the instrument."[3]

This article uses material from the article Frederic Rzewski from the free encyclopedia Wikipedia and it is licensed under the GNU Free Documentation License.

Hard Times (No One Knows Better Than I) Ben Paterson
Update Required To play the media you will need to either update your browser to a recent version or update your Flash plugin.