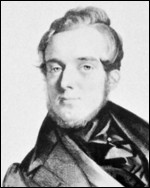 After a short career as a violinist, Balfe pursued an operatic singing career, while he began to compose. In a career spanning more than 40 years, he composed 38 operas, almost 250 songs and other works. He was also a noted conductor, directing Italian Opera at Her Majesty's Theatre for seven years, among other conducting posts.

Balfe was born in Dublin, where his musical gifts became apparent at an early age. The only instruction he received was from his father, who was a dancing master and violinist. His family moved to Wexford when he was a child. Between 1814 and 1815, Balfe played the violin for his father's dancing-classes, and at the age of seven composed a polacca.

In 1817 he appeared as a violinist in public, and in this year composed a ballad, first called "Young Fanny" and afterwards, when sung in Paul Pry by Madame Vestris, "The Lovers' Mistake". In 1823, upon the death of his father, the teenaged Balfe moved to London and was engaged as a violinist in the orchestra of the Theatre Royal, Drury Lane. He eventually became the leader of that orchestra.[1] While there, he studied with C. E. Horn, the organist at St. George's Chapel, Windsor (1786-1840).

As a young man, Balfe pursued a career as an opera singer. He debuted unsuccessfully at Norwich in Carl Maria von Weber's Der Freischütz. In 1825, Count Mazzara took him to Rome for vocal and musical studies and introduced him to Luigi Cherubini. Balfe also pursued composing: in Italy, he wrote his first dramatic work, a ballet, La Perouse. He became a protégée of Rossini's, and at the close of 1827, he appeared as Figaro in The Barber of Seville at the Italian opera in Paris.

Balfe soon returned to Italy, where he was based for the next eight years, singing and composing several operas. He met Maria Malibran while singing at the Paris Opera during this period. In 1829 in Bologna, Balfe composed his first cantata for the soprano Giulia Grisi, then 18 years old. She performed it with the tenor Francesco Pedrazzi with much successBalfe produced his first complete opera, I rivali di se stessi, at Palermo in the carnival season of 1829-1830.

Around 1831, he married Lina Roser (1806-1888), a Hungarian-born singer of Austrian parentage whom he had met at Bergamo.[2] The couple had two sons and two daughters. Their younger son, Edward, died in infancy. Their elder son, Michael William Jr., died in 1915. Their daughters were Louisa (1832-1869) and Victoire (1837-1871). Balfe wrote another opera Un avvertimento ai gelosi at Pavia, and Enrico Quarto at Milan, where he had been engaged to sing in in Rossini's Otello with Malibran at La Scala in 1834. An unpopular attempt at "improving" Giacomo Meyerbeer's opera, Il Crociato, by interpolated music of his own, compelled Balfe to throw up his engagement at the theatre La Fenice in Venice.

Balfe returned to London with his wife and young daughter in May 1835. His initial success took place some months later, with the premiere of The Siege of Rochelle on 29 October 1835 at Drury Lane. Encouraged by his success, he produced The Maid of Artois in 1836; which was followed by more operas in English.

In July 1838, Balfe composed a new opera, Falstaff, for The Italian Opera House, based on The Merry Wives of Windsor, with an Italian libretto by S. Manfredo Maggione. The production starred his friends Luigi Lablache (bass) in the title role, Giulia Grisi (soprano), Giovanni Battista Rubini (tenor), and Antonio Tamburini (baritone). The same four singers had premiered Bellini's, I Puritani at the Italian Opera in Paris in 1835.[2]

right|thumb|Balfe in 1846 In 1841, Balfe founded the National Opera at the Lyceum Theatre, but the venture was a failure. The same year, he premiered his opera, Keolanthe. He then moved to Paris, presenting Le puits damour (1843) in early 1843, followed by Les quatre fils Aymon (1844) for the Opéra Comique (also popular in German-speaking countries for many years as Die Vier Haimonskinder) and Letoile de Seville (1845) for the Théâtre de l'Académie Royale de Musique. Their librettos were written by Eugène Scribe and others.[3]

Meanwhile, in 1844, Balfe returned to London where he produced his most successful The Bohemian Girl, on November 27, 1843 at the Drury Lane Theatre. The piece ran for over 100 nights, and productions were soon mounted in New York, Dublin, Philadelphia, Vienna (in German), Sydney, and throughout Europe and elsewhere. In 1854, an Italian adaptation called La Zingara was mounted in Trieste with great success, and it too was performed internationally in both Italian and German. In 1862, a four-act French version, entitled La Bohemienne was produced in France and was again a success.[2]

From 1846 to 1852 Balfe was appointed musical director and principal conductor for the Italian Opera at Her Majesty's Theatre.[4] There he first produced several of Verdi's operas for London audiences. He conducted for Jenny Lind at her opera debut and on many occasions thereafter.[2]

In 1851, in anticipation of the Great International Exhibition in London, Balfe composed an innovative cantata, Inno Delle Nazioni, sung by nine female singers, each representing a country. Balfe continued to compose new operas in English and wrote hundreds of songs, such as "When other hearts", "I dreamt I dwelt in marble halls" (from The Bohemian Girl) and "Come into the garden, Maud". In all, Balfe composed 38 operas. He also wrote several cantatas (including Mazeppa in 1862), at least one symphony (1829). His last opera, nearly completed when he died, was The Knight of the Leopard and achieved considerable success in Italian as Il Talismano. [2] Balfe's only large-scale piece which is still performed regularly today is The Bohemian Girl.

Balfe retired in 1864 to Hertfordshire, where he rented a country estate. He died at his home in 1870, aged 62, and was buried at Kensal Green. In 1882 a medallion portrait of him was unveiled in Westminster Abbey.

Apart from recordings containing Balfe arias and the Argus recording of The Bohemian Girl, a full recording of Balfe's Falstaff was released in 2008 by Lyric FM and Opera Ireland.[1]

This article incorporates text from the 1911 Encyclopædia Britannica, a publication in the public domain.

This article uses material from the article Michael William Balfe from the free encyclopedia Wikipedia and it is licensed under the GNU Free Documentation License.