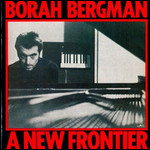 Bergman was born in Brooklyn to Russian immigrant parents.[1] Accounts of when he began to learn the piano vary: some assert that he learned clarinet as a child and did not commence his piano studies until adulthood;[2] others, that he had piano lessons from a young age;[1] one of his own accounts is that he took piano lessons as a child, then changed to clarinet, before returning to piano after being discharged from the army.[3] As an adult, he developed his left hand playing to the point where he became essentially ambidextrous as a pianist, and could play equally fast in both hands,[2] and they could act completely independently of each other;[4] Bergman himself preferred the term "ambi-ideation" to "ambidextrous", as it conveyed the added ability to express ideas achieved when both hands were equal.[3] Bergman cited Earl Hines, Bud Powell,[1] and Lennie Tristano[4] as formative influences, although his own style was based on free improvisation rather than song form. Commenting on his other influences, Bergman said that "I was influenced strongly by Ornette Coleman... I was also very influenced by chamber music and Bach and Dixieland or New Orleans, where all of the instruments were playing contrapuntally and polyphonically. So I figured I'd like to do it myself".[3]

Until the 1970s he played little in public, concentrating on private practice and his work as a school teacher.[1] He recorded four albums as a soloist, most notably on the European label Soul Note, before embarking on duo and trio albums from the 1990s. A small number of solo and quartet albums were also released from the mid-1990s. The style for which he is best known is described in The Penguin guide to jazz recordings: "His astonishing solo performances recall the 'two pianists' illusion associated with Art Tatum, though in a more fragmentary and disorderly sound-world".[5]

This article uses material from the article Borah Bergman from the free encyclopedia Wikipedia and it is licensed under the GNU Free Documentation License.

Little Brown Jug Dai Kimoto & Swing Kids
Update Required To play the media you will need to either update your browser to a recent version or update your Flash plugin.