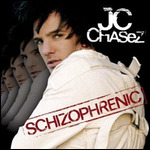 Joshua Scott "JC" Chasez (/ˈʃɑːzeɪ/; born August 8, 1976) is an American singer, songwriter, dancer, record producer, and occasional actor. He started out his career as a cast member on The Mickey Mouse Club before rising to stardom with *NSYNC, and by writing and producing for music acts such as Girls Aloud, Basement Jaxx, David Archuleta, and Matthew Morrison. He also served as a judge for America's Best Dance Crew.

Chasez was born on August 8, 1976, in Bowie, Maryland.[1][2] When he was five years old, his biological mother entrusted guardianship of her son to her own former foster parents Roy and Karen Chasez, who legally adopted him and whose surname he thus took.[3]

He was raised as a Mennonite.[4] He has a younger brother, Tyler, and a younger sister, Heather.[5] Chasez attended the former Robert Goddard Middle School and then Bowie High School.

As a child, Chasez was extremely shy, but when a friend bet him $20 to enter a talent show, he won the contest and soon realized he had a knack for performing and that he really enjoyed singing. In 1989, his mother Karen Chasez noticed a small ad in the Washington Post announcing auditions for Disney's The Mickey Mouse Club and encouraged Chasez to try out. He chose to audition, selecting the song "Right Here Waiting" by Richard Marx. Chasez was soon cast as a performer in the fourth season and stayed until the show's cancellation in 1996. Since there was another Mouseketeer named Joshua, Chasez went by his first and last initials, "JC", to avoid confusion. It was during his time as a Mouseketeer that Chasez befriended future bandmate Justin Timberlake, along with other future entertainers including Britney Spears, Ryan Gosling, Tony Lucca, Keri Russell, and Christina Aguilera.

JC Chasez and Justin Timberlake were the two lead singers of what would become the popular boy band NSYNC. The group was formed in 1995 and became popular in Europe in 1996. In 1998, the band released its debut album *NSYNC which sold 11 million copies and became very popular in the United States. After the band had a series of legal struggles with manager Lou Pearlman, they signed with Jive Records. They released their second studio album No Strings Attached in 2000, which became the fastest-selling album of all time, selling 2.4 million copies in the first week. They held this record until 2015 when Adele surpassed the single-week sales record with her third album 25. Singles from the No Strings Attached album included "Bye Bye Bye", "This I Promise You", and the No. 1 hit "It's Gonna Be Me". The band produced their third studio album, Celebrity in 2001, which sold 1.8 million copies in the first week.

After the group's Celebrity Tour in 2002, the band decided to take a hiatus. During this time, Chasez produced his own album, Schizophrenic. The band never formally disbanded, but since 2004, they have not reunited for any musical purposes, and there have been mixed reactions as far as whether the reunion would happen. In August 2013, JC rejoined with Timberlake and the rest of NSYNC for a one-time performance at the MTV Awards.

While still a member of 'NSYNC, Chasez appeared on the remix and album versions of the 1999 single "Bring It All to Me" by the girl group Blaque, though his vocals were credited to 'NSYNC as a whole.

During 'NSYNC's scheduled hiatus, Chasez pursued work as a songwriter and producer. His first solo single, "Blowin' Me Up (With Her Love)", co-produced by Dallas Austin, was released on the 2002 Drumline soundtrack.

In 2004, Chasez's debut album Schizophrenic was released on Jive Records. Aside from Chasez, the album was produced by Dallas Austin, Basement Jaxx, Robb Boldt and Riprock 'n' Alex G.

Promotion for the album was affected by former bandmate Justin Timberlake and Janet Jackson's Super Bowl XXXVIII halftime show controversy, after which Chasez was unceremoniously dropped from his halftime show performance at the 2004 Pro Bowl. The NFL feared lyrics of the album's first single, "Some Girls Dance with Women", expressed too much sexuality.[6]

In 2007, Chasez parted ways with Jive Records, indefinitely stalling the release of his second album, The Story of Kate.[7] Two singles from the album, "Until Yesterday" and "You Ruined Me" have been released online. Timberlake, who helped produce a few songs for the album, said "In my opinion, he had the best voice out of all of us ... Out of all the boy bands, call 'em what you will, he was the one that could out-sing all of us. And I've known him since I was 12, so it was fun to sit behind the board and push him."[8]

Chasez continues to work as a songwriter and producer, with songs written for David Archuleta[9] and Backstreet Boys. Chasez was a judge on Randy Jackson's America's Best Dance Crew on MTV. He stayed on the panel for all seven seasons from 2008 to 2012, until its cancellation.

In November 2010, the song "If U C Kate" written by Dallas Austin, Taio Cruz, Alan Nglish, and Chasez was featured on the British band McFly's album, Above the Noise.

In February 2012, Chasez announced via his website[10] that he was holding auditions, together with the producer and songwriter Jimmy Harry, to form an all-girl group with ages between 18 and 24. Most of the band members were selected as of November 2012, and the group was named Girl Radical.[11]

In 2014 Chasez was selected to join the North American tour of Andrew Lloyd Webber's rock opera Jesus Christ Superstar as Pontius Pilate. Other cast members included Superstar winner Ben Forster and other well-known artists, including Incubus' Brandon Boyd, Destiny's Child Michelle Williams, and Public Image Ltd's John Lydon.[12] However, on May 30, 2014, the entire North American tour was abruptly canceled, with poor projected ticket sales cited as the reason.[13] In 2015, Chasez appeared, along with 3OH!3, on the title track of the Blues Traveler album Blow Up the Moon, and on the song's accompanying music video.[14]

This article uses material from the article JC Chasez from the free encyclopedia Wikipedia and it is licensed under the GNU Free Documentation License.