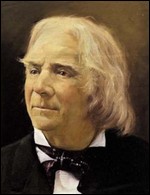 Bull was born in Bergen. He was the eldest of ten children of Johan Storm Bull (1787-1838) and Anna Dorothea Borse Geelmuyden (1789-1875). His brother, Georg Andreas Bull became a noted Norwegian architect. He was also the uncle of Edvard Hagerup Bull, Norwegian judge and politician.

His father wished for him to become a minister, but he desired a musical career. At the age of four or five, he could play all of the songs he had heard his mother play on the violin. At age nine, he played first violin in the orchestra of Bergen's theatre and was a soloist with the Bergen Philharmonic Orchestra.[3] At eighteen, he was sent to the University of Christiania, but failed his examinations. He joined the Musical Lyceum, a musical society, and after its director Waldemar Thrane took ill, Bull became the director of Musical Lyceum and the Theater Orchestra in 1828.[4] He also became friends with Henrik Wergeland, who later wrote a biography of Bull.[4]

After living for a while in Germany, where he pretended to study law, he went to Paris but fared badly for a year or two. In 1832 in Paris he shared rooms with the Moravian violin virtuoso Heinrich Wilhelm Ernst. He was eventually successful in becoming a high-level virtuoso, giving thousands of concerts. In England alone these included 274 in 1837,[4] during which visit he also travelled to some of the more remote parts of Britain. Bull became very famous and made a huge fortune. He is believed to have composed more than 70 works, but only about 10 are known today. Best known is Sæterjentens søndag (The dairymaid's Sunday). He also was a clever luthier, after studies in Paris with Vuillaume. He collected many beautiful violins and violas of Amati, Gasparo da Salò, Guarneri, Stradivari and others. He was the owner of one of the finest violins of the world, made by Gasparo da Salò about 1574 for Ferdinand II, Archduke of Austria. He played a Guarneri del Gesù. The violin, a gift of his widow to Bull's birthplace, is now in the Bergen Vestlandske Kustindustrimuseum.[5] A commercial signature line of Ole Bull violins was manufactured in Germany.

Bull was caught up in the rising tide of Norwegian romantic nationalism and acclaimed the idea of Norway as a sovereign state, separate from Sweden, an idea which would become reality in 1905. In 1850, he co-founded the first theater in which the actors spoke the Norwegian language, rather than Danish, namely Det Norske Theater in Bergen, which later became Den Nationale Scene.[6]

In the summer of 1858, Bull met the 15-year-old Edvard Grieg. Bull was a friend of the Grieg family, since Ole Bull's brother was married to the sister of Grieg's mother. Bull noticed Edvard's talent and persuaded his parents to send him to further develop his talents at the Leipzig Conservatory.

Robert Schumann once wrote that Bull was among "the greatest of all," and that he was on a level with Niccolò Paganini for the speed and clarity of his playing. Bull was also a friend of Franz Liszt and played with him on several occasions.

Bull visited the United States several times and was met with great success. In 1852, he obtained a large tract of land in Pennsylvania and founded a colony, which was called New Norway but which is commonly referred to as Ole Bull Colony. On 24 May 1852, he formally purchased 11,144 acres (Expression error: Unexpected round operator ) for $10,388. The land consisted of four communities: New Bergen, now known as Carter Camp; Oleana, named after him and his mother, six miles (10 km) south of New Bergen; New Norway, one mile south of New Bergen; and Valhalla.[7]

Bull called the highest point in Valhalla, Nordjenskald, which became the location of his unfinished castle. This venture was soon given up, as there was scarcely any land to till, and Bull went back to giving concerts.[8]

In 1836 Bull married Alexandrine Félicie Villeminot. They had six children, only two of whom survived him. Alexandrine died in 1862. Their children were:

In 1868 Bull met Sara Chapman Thorp (1850-1911), the daughter of a prosperous lumber merchant from Eau Claire, after a concert in Madison, Wisconsin. On a return visit in 1870 (and despite their age difference; he was 60, she was 20), Bull began a courtship, and the couple was secretly married in Norway in June 1870, with a formal wedding in Madison later that year. They had one daughter, Olea (1871-1913).

In 1871, he bought a summer home on a rise in West Lebanon, Maine. Extolling the purity and health benefits of its well water, he named the property Ironwell.[10]

Sara traveled with Bull for the remainder of his career, sometimes accompanying him on the piano. After Bull's death, the family lived in Cambridge, Massachusetts, where Sara became a figure in local intellectual life. She translated two of the works of Jonas Lie into English. In 1883 she published a memoir of Bull's life.[11] In her later life she became interested in Indian religious thought and helped sponsor early visits to the United States by gurus.[12]

Ole Bull bought the island of Lysøen in Os, south of Bergen, in 1872. He hired architect Conrad Fredrik von der Lippe to design a residence on the island. Bull died from cancer in his home on Lysøen on 17 August 1880. He had held his last concert in Chicago the same year, despite his illness. A testament to his fame was his funeral procession, perhaps the most spectacular in Norway's history. The ship transporting his body was guided by 15 steamers and a large number of smaller vessels.

This article uses material from the article Ole Bull from the free encyclopedia Wikipedia and it is licensed under the GNU Free Documentation License.