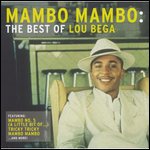 Lou Bega (born David Lubega on 13 April 1975) is a German musician of Italian and Ugandan descent. He is most famous for "Mambo No. 5", his 1999 remake of the Pérez Prado instrumental from 1949. Bega added his own words to the song and sampled the original version extensively. Bega's musical signature consists of combining musical elements of the 1940's and 1950s with modern beats and grooves.

While Lou Bega was born in Munich, Germany, he is of Italian and Ugandan descent. His mother is from Sicily in Southern Italy and his father is Ugandan.[1] His father Charles went to Germany in 1972 to study biology at the Ludwig Maximilian University of Munich.[2] Until age six, Bega spent the most time with his mother Nicole in Italy. Then they lived permanently in Munich, where Bega attended German primary school. As a teenager he traveled to Miami, Florida, where he found the inspiration for his hit single "Mambo No. 5 (A Little Bit of...)".[1] Bega also lived in Uganda for half a year.[3] Currently, he lives in Berlin, Germany.

Bega started his musical career as a rapper. At the age of 13, he founded a hip hop group with two other boys. It would be two years before Bega and his friends' first CD would be released in 1990.[2] While living in Miami he discovered Latin music. After returning to Munich Bega met his then manager, Goar Biesenkamp, as well as music producers "Frank Lio" (Achim Kleist) and "Donald Fact" (Wolfgang von Webenau) (Syndicate Musicproduction), with whom he developed the concept for the song "Mambo No. 5 (A Little Bit of...)". Bega signed a recording contract to the label Lautstark.[4] Lou Bega's musical signature consists of combining musical elements of the 40s and 50s with modern beats and grooves.

On July 19, 1999, Bega released his debut album A little bit of Mambo, which peaked at No. 3 both in Bega's native country, Germany and also in the U.S.[8][10] While it charted moderately in the UK, peaking at only No. 50, it reached No. 1 in Austria, Canada, Finland, Hungary, and Switzerland.[8][11][12] The second single, "I Got a Girl" charted well, entering the Top 10 in some European countries, including France, Finland and Belgium.[13] The third single, "Tricky, Tricky", achieved No. 18 on the Canadian charts and No. 74 on the U.S. Billboard Charts.[8] In France, Bega did well also with his single "Mambo Mambo", which reached No. 11 on the French charts.[14]

Bega's second studio album Ladies and Gentlemen was released on May 28, 2001. The album failed to experience similar success as its predecessor both at Bega's native market also outside. In Germany, it only managed to peak at No. 54.[10] In Switzerland, it went as high as No. 23 on the album chart there.[15] The album produced two singles, "Just a Gigolo" and "Gentleman" both of which charted moderately.

Bega released his third studio album Lounatic on 10 May 2005, which failed to enter the charts.[16]

On May 21, 2010, Bega released his fourth album called Free Again, which also didn't find much success on the charts.[16] It only charted in Switzerland peaking at No. 78.[17]

Bega's live shows in Las Vegas, Tokyo, Moscow, Hong Kong and the Emirates were hugely successful. He is a popular guest in both the corporate and public sector, appearing on stage for Royals as well as international corporations. Bega was invited to talk and TV shows like The Tonight Show with Jay Leno, Ally McBeal, MAD TV, The Martin Short Show, Motown Live, Jenny Jones, Queen Latifah, Access Hollywood, and others. Bega was the only artist ever to be asked to sing a song twice on Germany's headlining show Wetten, dass..? On New Year's Eve 2007 he performed in front of 170,000 fans in Poland. Bega often gets a crack at playing the host. He was the MC at the American Music Awards, at the Grammy Awards, the Billboard Radio Awards, and at the Love Parade in Berlin.

In the computer game Tropico, Bega is one of the characters someone can choose as their dictatorial persona. He was included as part of a licensing deal that also saw Bega's song "Club Elitaire" integrated into the German release of Tropico.[20] Also, in the Ubi Soft/Disney Interactive video game Walt Disney's The Jungle Book Rhythm n' Groove, Bega participates in a challenge with his namesake. The player dances as King Louie, attempting to dance to Bega's rendition of "I Wanna Be Like You". Doing so will unlock a video of him with children dancing to the aforementioned song.[21] Bega also wrote the theme song for the French cartoon series Marsupilami.[2]

Bega was awarded the German Echo Prize in two categories as well as being nominated five times. Other accolades include a Grammy Award nomination, a World Music Entertainment Award in Cannes, the Blockbuster Entertainment Award in Los Angeles, the Festival Bar of Verona, the Amadeus Award of Vienna, and the Bunte New Faces Award in Berlin. Bega tours around the world with his band. A 22-city tour of the USA with Cher, live show appearances throughout South America with concerts in Rio de Janeiro, Buenos Aires and São Paulo, and a tour through India with stops in Bombay, New Delhi, Madras, Bangalore and Calcutta have been some of the highlights along the way. Over 200 concerts in Europe have attracted over three million fans and viewers.

This article uses material from the article Lou Bega from the free encyclopedia Wikipedia and it is licensed under the GNU Free Documentation License.

Angel Eyes markusphilippe
Update Required To play the media you will need to either update your browser to a recent version or update your Flash plugin.