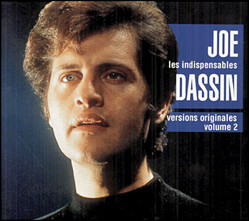 Dassin was born in New York city to American film director Jules Dassin (1911 - 2008) and Béatrice Launer (1913-2005),[1] a New York-born violinist, who after graduating from a Hebrew High School in the Bronx studied with the British violinist Harold Berkely at the Juilliard School of Music.[2] Both parents were Jewish. His father was of Russian- and Polish-Jewish extraction, his maternal grandfather was an Austrian Jewish immigrant, who arrived in New York with his family at age 11.[3]

He began his childhood first in New York City and Los Angeles. However, after his father fell victim to the Hollywood blacklist in 1950, he and his family moved from place to place across Europe.

Dassin studied at the International School of Geneva and the Institut Le Rosey in Switzerland, and graduated in Grenoble. Dassin moved back to the United States where he attended the University of Michigan in Ann Arbor, Michigan from 1957 to 1963, winning an undergraduate Hopwood Award for fiction in 1958 and earning a Bachelor of Arts in 1961 and a Master of Arts in 1963, both in Anthropology.[4]

Moving to France, Dassin worked as a technician for his father and appeared as an actor in supporting roles in a number of movies directed by his father, including Topkapi where he played the role of "Josef".

On December 26, 1964, Dassin signed up with CBS Records, making him the first French singer to sign up with an American record label.

By the early 1970s, Dassin's songs were on the top of the charts in France and he had become immensely popular in that country. He was also a talented polyglot, recording songs in German, Spanish, Italian and Greek, as well as French and English. One of his most popular songs was "L'Été indien".

Dassin married Maryse (whose real first name is Yvette) Massiéra in Paris on January 18, 1966. Their son Joshua was born 2 1/2 months early on September 12, 1973 and died 5 days later. Overcome by grief, Joe became deeply depressed. Despite all their efforts their marriage did not survive. One year after their move to their newly built home in Feucherolles, just outside Paris, they divorced in 1977.

This article uses material from the article Joe Dassin from the free encyclopedia Wikipedia and it is licensed under the GNU Free Documentation License.