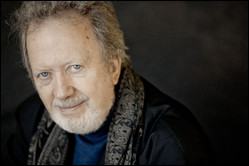 Nelson was Music Director of the Indianapolis Symphony Orchestra from 1976 to 1987. Nelson made two commercial recordings with the Indianapolis Symphony, of music by Ellen Taaffe Zwilich and Charles Martin Loeffler, for the New World Records label. With Opera Theatre of Saint Louis, he was Music Director from 1985 to 1988, and Principal Conductor from 1988 to 1991. He was also music director of the Caramoor Festival in Katonah, New York from 1983 to 1990.[1] In September 1998, Nelson became Music Director of the Ensemble Orchestral de Paris. In March 2007, it was announced that he would leave this position with the Ensemble Orchestral de Paris at the end of the 2007-2008 season.[2]

He is particularly noted as a great interpreter of large Romantic works, for his performances of opera, in particular the operas of Berlioz, as well as of Baroque music. Nelson regularly conducts in virtually all the major cities throughout the world. In America he has appeared with the New York Philharmonic, the Los Angeles Philharmonic, the Philadelphia Orchestra, and the symphony orchestras of Boston, Chicago, Pittsburgh, San Francisco, Dallas and Cleveland. In Latin America he has appeared with the National Symphony Orchestra (Costa Rica) and the National Symphony Choir.[3] In Europe, with all the London orchestras, Dresden Staatskapelle, Leipzig Gewandhaus, Orchestre de Paris, the orchestras of Cologne, Stuttgart, Rotterdam, Oslo, and Stockholm.

John Nelson is also known for his interest in choral music and is the Artistic Director of Soli Deo Gloria, an organization that has the goal of encouraging classical sacred music by funding commissions, encouraging performances of masterworks and making possible the performance of classical sacred music in locales where such music is not well known.

Nelson was married to his wife Anita until her death in October 2012. He now resides in Florida with his daughter, Kirsten, and her family.

This article uses material from the article John Nelson (conductor) from the free encyclopedia Wikipedia and it is licensed under the GNU Free Documentation License.

Between The Devil And The Deep Blue Sea Diana Krall
Update Required To play the media you will need to either update your browser to a recent version or update your Flash plugin.