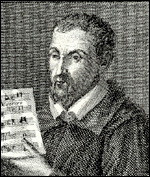 He studied music as a puer (boy chorister) at San Luigi dei Francesi, under the maestro di capella Giovanni Bernardino Nanino, brother of Giovanni Maria Nanino. Being intended for the Church, he obtained a benefice in the cathedral of Fermo. Here he composed a large number of motets and other sacred music, which, being brought to the notice of Pope Urban VIII, obtained for him an appointment in the choir of the Sistine Chapel at Rome as a contralto. He held this from 6 December 1629 until his death. As Andrea Adami wrote, Allegri was regarded as singularly pure and benevolent.[4]

Among Allegri's musical compositions were two volumes of concerti for five voices published in 1618 and 1619; two volumes of motets for six voices published in 1621; an edition of a four-part sinfonia; five masses; two settings of the Lamentations of Jeremiah; and numerous motets which were not published in his lifetime. He was one of the earliest composers for stringed instruments, and Athanasius Kircher has given one specimen of this class of his works in his Musurgia. Most of Allegri's published music, especially the instrumental music, is in the progressive early Baroque concertato style. However, his work for the Sistine Chapel is descended from the Palestrina style, and in some cases strips even this refined, simple style of almost all localised ornamentation. He is credited with the earliest string quartet.

By far the most well known and regarded piece of music composed by Allegri is the Miserere mei, Deus, a setting of Vulgate Psalm 50 (= Psalm 51). It is written for two choirs, the one of five and the other of four voices, and has obtained considerable celebrity. One of the choirs sings a simple fauxbordon based on the original plainsong chant for the Tonus peregrinus; the other choir sings a similar fauxbordon with pre-existing elaborations and the use of cadenzas. The Miserere has for many years been sung annually during Holy Week in the Sistine Chapel. Many have cited this work as an example of the stile antico (old style) or prima pratica (first practice). However, its emphasis on polychoral techniques certainly put it out of the range of prima pratica. A more accurate comparison would be to the works of Giovanni Gabrieli.

The Miserere is one of the most often-recorded examples of late Renaissance music, although it was actually written during the chronological confines of the Baroque era; in this regard it is representative of the music of the Roman School of composers, who were stylistically conservative. The work acquired a considerable reputation for mystery and inaccessibility between the time of its composition and the era of modern recording; the Vatican, wanting to preserve its aura of mystery, forbade copies, threatening any publication or attempted copy with excommunication. They were not prepared, however, for a special visit in 1770 from a 14-year-old named Wolfgang Amadeus Mozart, who, on a trip to Rome with his father, heard it but twice and transcribed it faithfully from memory, thus creating the first known unauthorised copy.[5]

In 1771 Mozart's copy was procured and published in England by the famous traveler and music historian Dr. Burney. However, Burney's edition does not show the ornamentation for which the work was famous. The music itself is rather basic—church music at the time placed a large gap between written and performance practice—embellishments were largely placed in the hands of the performers' tastes, although the Vatican score itself was altered largely by performers and visitors over the years.

The music as it is performed today includes a strange error by a copyist in the 1880s. The curious "trucker's gear change" from G minor to C minor is because the second half of the verse is the same as the first half, but transposed up a fourth. The original never had a Top C.[6]

The entire music performed at Rome in Holy Week, Allegri's Miserere included, has been issued at Leipzig by Breitkopf and Härtel. Interesting accounts of the impression produced by the performance at Rome may be found in the first volume of Felix Mendelssohn's letters and in Miss Taylor's Letters from Italy.

This article uses material from the article Gregorio Allegri from the free encyclopedia Wikipedia and it is licensed under the GNU Free Documentation License.

Pennies From Heaven Elsie Bianchi Trio
Update Required To play the media you will need to either update your browser to a recent version or update your Flash plugin.