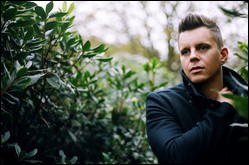 Christian Burns (born Christian Anthony Burns on January 18, 1974[1] in Wigan) is an English musician and the son of Tony Burns of "The Signs", a Liverpool-based rock band signed to Decca Records in the 1960s.

Burns was a member of the popular British band, BBMak, along with Mark Barry and Stephen McNally. The group sold nearly three million albums worldwide and had a Top 5 single with "Back Here", in the UK. In the United States, "Back Here" reached number 1 in the charts and received heavy video play on MTV and TRL.

In 2003, the band broke up, and all the members went on to pursue solo careers. Since then Burns has been collaborating with other artists and dance projects. In 2007, he worked with Tiësto on the track "In the Dark", for the album Elements of Life. He also collaborated with a Tiësto, who used the surname Allure, on the track entitled "Power of You".

He has also collaborated with Benny Benassi, on the song "Love and Motion", and American singer, Jes Brieden, on the song 'As We Collide'.

He also has upcoming tracks with Richard Durand "Night & Day", also Armin Van Buuren's "This Light Between Us" taken from his album "Mirage" released in September 2010. Other collaborations include tracks by David Guetta, Matt Darey, Sebastian Ingrosso, and Dirty South.

He is in a band called The Bleach Works, and is due to release a new album in 2012.

This article uses material from the article Christian Burns from the free encyclopedia Wikipedia and it is licensed under the GNU Free Documentation License.