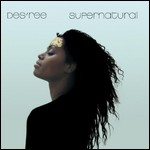 Desirée Annette Weeks (born 30 November 1968), stage name Des'ree /ˈdɛzreɪ, ˈdɛzəreɪ/,[1] is a British R&B recording artist who rose to popularity during the 1990s. She is well known for her hits: "Feel So High" (for which three different music videos were recorded), "You Gotta Be", "Life", and "Kissing You" (from the soundtrack of the film Romeo + Juliet). At the 1999 Brit Awards she received the Brit Award for Best British female solo artist. Des'ree has not released any new material since the 2003 album Dream Soldier.

Des'ree was born in South London, England, on 30 November 1968.[2][3] Her mother is from British Guiana (now Guyana), and her father is from Barbados. She was introduced to reggae, calypso and jazz music by her parents, and Des'ree's interest in pursuing a musical career followed a two-year trip to Barbados with her family at the age of 11. At the age of 22, and with no connections in the music industry, she was signed in 1991 to Sony 550 when her boyfriend sent a demo to the label, and they quickly contracted her.

Des'ree's debut single, "Feel So High", was released in August 1991, a mere 12 weeks after her signing. The single did not initially reach the UK top 40, but hit #13 when it was re-released in January 1992. Her debut album Mind Adventures was released in February 1992. It received good reviews and hit the top 30 in the UK. She spent 1992 touring as the opening act to Simply Red. In 1993, Des'ree collaborated with Terence Trent D'Arby on the song "Delicate", which was released as a single and hit the UK top 20 and the US top 100. She ended the year singing with a host of other artists at the first concert of secular music at the Vatican City, on 23 December 1993 and shown on Italian TV. The concert, named Concerto di Natale, has been done with different artists every Christmas on the subsequent years.

In 1994, her single "You Gotta Be" hit the Billboard Hot 100 Top 5, peaking at number 5, and was a hit in the UK three times. "You Gotta Be" became the most played music video on VH1 and remained on the Billboard Recurrent Airplay Chart for 80 weeks. Following the single's success, Des'ree's second album, I Ain't Movin', sold in excess of 2.5 million copies worldwide. Her success led to an American tour with Seal in 1995. The following year, she contributed the song "Kissing You" to the soundtrack of the film William Shakespeare's Romeo + Juliet. She appears in the film singing the song. In 1997, her song "Crazy Maze" was featured on the soundtrack of the movie Nothing to Lose with Martin Lawrence and Tim Robbins. In the same year she provided vocals on Plenty Lovin on Steve Winwood's album Junction Seven.

In 1998, her single "Life" became a hit in Europe, reaching number 1 in many countries, along with Japan. In 1999, she won a Brit Award for the British Female Solo Artist category. The album from which the single was taken, Supernatural, was also released in 1998 to mostly positive reviews. It was somewhat successful in the UK, but was a commercial flop in the United States. In 2007, Des'ree also notably won a BBC poll for the "worst lyrics ever" for the single. The offending lyrics being "I don't want to see a ghost/it's the sight that I fear most/I'd rather have a piece of toast/watch the evening news".[4] In 1999, she sang The Beatles' song "Blackbird" at a concert in honour of Linda McCartney. At the concert, she met the group Ladysmith Black Mambazo and she collaborated with them on a cover of "Ain't No Sunshine", which was released in late 1999. After that, Des'ree disappeared from the public eye and put her music career on hold to study art at college.

A compilation of rare songs and live tracks, Endangered Species, was released in 2000. In 2001 she contributed vocals to the charity single "Wake Up The Morning", which was released in honour of the death of Damilola Taylor. Billed as Together As One, other contributors to the song were Gabrielle, Andrew Roachford and Courtney Pine. In 2002, she contributed a sung sonnet from William Shakespeare's The Merchant of Venice to the various artists album When Love Speaks. Sony released Dream Soldier in 2003. Only one track from the album was released as a single, "It's Okay", which peaked in the UK at number 69. The single did not chart in the US. The video was shot in London's Notting Hill. "Dream Soldier" was not a critical or commercial success. Des'ree was subsequently dropped by her label, Sony/550 Music, following the release of the album in late 2003.

She hasn't released any new music since, although in 2011, Des'ree made a brief comeback to music, singing a lullaby on the sleep therapy CD called Sleep Talk Lullaby, with Julie Langton-Smith.[5]

"Silent Hero", written by Des'ree and Prince Sampson, featured in Spike Lee's 1995 film Clockers, "Feel So High", written by Des'ree and Michael Graves, featured in the 1996 film Set It Off, and "You Gotta Be" featured in The Object of My Affection and The Next Karate Kid. In 1997, Des'ree's hit, "Feel So High" was interpolated into the Janet Jackson song "Got 'Til It's Gone" from Jackson's CD The Velvet Rope without due credit to Des'ree as a contributor. The maxi single, however, lists Des'ree and Michael Graves as two of the song's writers.[6] In 1999 she recorded a duet with Ladysmith Black Mambazo on a cover of the Bill Withers song "Ain't No Sunshine".

Des'ree has won several awards, including a Brit Award, an Ivor Novello Award, World Music Award, Urban Music Award and a BMI Award for over five million plays of "You Gotta Be" in America alone. Des'ree also won a BBC poll for "Worst Pop Lyricist" for the 1998 single "Life", though it went to number 1 in Japan, Spain and several other European countries.

Des'ree is a vegetarian.[7] Between 1999 and 2003, she studied photography, ceramics and art at the Camberwell College of Arts.[8] In 2007, Des'ree sued Beyonce for covering "I'm Kissing You" without her permission.[9]

As a featured artist

This article uses material from the article Des'ree from the free encyclopedia Wikipedia and it is licensed under the GNU Free Documentation License.

Blues On Parade Les Amis Du Jazz De Cortaillod
Update Required To play the media you will need to either update your browser to a recent version or update your Flash plugin.