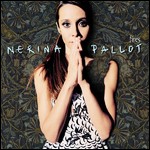 Pallot played piano as a child and wrote her first song aged 13. She has identified seeing singer and pianist Kate Bush perform her hit song "This Woman's Work" on television as a catalyst for her to pursue a music career. She attended Jersey College for Girls.[1]

Pallot released her debut album on Polydor records, Dear Frustrated Superstar, in August 2001. This spawned two commercial singles, "Patience" and "Alien", with a third, "If I Know You" mooted, a video for which was filmed, but has never been publicly shown. Her album was withdrawn shortly before an arena tour with Bryan Adams, pending a planned reissue.

Subsequently she was dropped from the label partly as a result of a message she wrote on the Tipsheet message board relating to the actions of her A&R man around remixes of "Photograph", a track intended to be on the re-issued Dear Frustrated Superstar. This incident and many others related to the industry and her experiences with her debut album are discussed in stories on her official website.

In 2003 she sang lead vocals on the track "Truly" on Delerium's album Chimera, which was also released as a single in the UK.

The album was eventually re-issued several years later after her second album, Fires had become a commercial success. The re-issue matched the original version and did not include "Photograph". Initial retailer listings showed the re-issued album as including several B-Sides from the era, but this version was never issued.

Her second album, Fires, was released in April 2005 on her own independent label, Idaho. It was published by Chrysalis Music Publishing, who have stuck with her since her Polydor days and provided her with a development deal. They initially provided her with £50,000 to make the album. When that proved insufficient for Pallot's needs, she remortgaged her house to pay for the rest of the album and for living expenses. Pallot wrote all of the songs on Fires.

The album was produced and mixed by Howard Willing (OK Go, Stevie Nicks, Lisa Marie Presley, Melissa Auf der Maur, Liz Phair, The Smashing Pumpkins, Van Hunt), with producers Eric Rosse (Tori Amos, Lisa Marie Presley, Anna Nalick) who produced "Learning to Breathe" and "Heart Attack" (co-produced by Howard) and Wendy Melvoin (member of Prince's band The Revolution) who produced "Damascus". After the initial tracks were finished the rest of the record was apparently completed by Howard and Nerina flying files back and forth from London to Los Angeles. With the contacts and friendships that he had acquired over the years they were able to obtain the help of A-level musicians.

The album was preceded by a download-only single, "Everybody's Gone to War". A second single from the record, "Damascus" was released in June 2005, and a third, "All Good People" (a Radio 2 single of the week) was released in September 2005.

At the end of 2005, Pallot signed with major label 14th Floor Records (a Warner label), the home of Damien Rice and Joseph Arthur. After signing with 14th Floor Records, a re-issue of the album which was more 'spangly' (Pallot's words) and featured additional strings on some tracks, was released on 24 April 2006, earning Pallot a chart success by reaching Number 21. With over 100,000 sales it was certified gold in the UK.[2]

The first single from the revamped album was "Everybody's Gone to War", which was playlisted on most major British radio stations. The video was shown on most music television stations and on her MySpace profile. The single became the third most played song on British radio the week before its release, and reached Number 14 in the UK Singles Chart.

The second single from the album was "Sophia", a re-recorded version, created in LA along with producer Mitchell Froom, which entered the UK singles chart at Number 32. In April 2007, the song was nominated for an Ivor Novello Award.

The next single from the re-released version of Fires was "Learning to Breathe", which reached Number 70 in the UK singles chart.

Pallot worked with several big name co-writers in preparation for the follow up to 'Fires', including Linda Perry (Christina Aguilera's "Beautiful") and Rob Davis (Kylie Minogue's "Can't Get You Out Of My Head"). She also wrote an album's worth of material with Rick Nowels (Madonna's "Power of Goodbye", Belinda Carlisle's "Heaven Is A Place on Earth"). However, she struggled with the co-writing process and in the end only self-written songs made the album.

The Graduate was released on 5 October 2009 in the UK and reached number 46 in the Official UK Album Chart in its first week of release. The standard version of the album features 10 original tracks, whereas the iTunes version contains three additional tracks, and the deluxe version contains seven acoustic versions of the tracks. The album has polarised critics, with some lauding it as her best album yet and others seeing her change of direction from 'Fires' as a mistake. Having had no intention of releasing 'Fires 2', Pallot has defended the need for a progression between the two records. Currently she is working on her third EP called Skeleton Key. A recent Newsletter has revealed she has been busy working on her fourth album.

Pallot has toured the UK many times as support act to more established singer-songwriters such as Sheryl Crow, James Blunt, Suzanne Vega, Joseph Arthur, Ray LaMontagne and Missy Higgins. She performed at the 2005 Guilfest music festival and headlined her own show at Bush Hall in Shepherd's Bush, London later that year.

The first full headlining tour for the Fires album took place in May 2006. During the year she also played headline shows in London at ICA, the Bloomsbury Theatre, Regent's Park Open Air Theatre and at Shepherd's Bush Empire.

She toured the UK in October 2009, including a performance at Glasgow's Oran Mor venue on Wednesday 7 October, showcasing songs from the new album The Graduate. This was her first proper tour in almost 3 years.

She also toured the UK and Ireland once again in 2010, beginning 21 April in Bath, with eight dates, ending on 4 May in Dublin.[3]

Pallot has released five videos to go with singles from Dear Frustrated Superstar and Fires. Her first video for "Patience" features Pallot in various scenes, notably wearing white and barefoot, continually floating to and from earth. "Alien" begins with Pallot lying down, it then becomes apparent that she had fallen onto a plumber's van, crushing it, and the video implies she has fallen from the sky "like an alien". The unreleased "If I Know You" video features multiple Nerinas fighting each other in a theatre. For "Damascus", Pallot is seen playing piano and singing in a recording studio. Pallot's next video was for "Everybody's Gone to War", which includes cabbage-throwing goths and pineapple bombs. Her next video was for "Sophia", and was filmed in the middle of the desert in Morocco. It has Pallot sitting at a piano, playing and singing while fire surrounds her in a circle and her piano smokes and is also alight. Nerina's next performance, "Learning To Breathe", is more "abstract" and is computer-generated with her playing the guitar in a house with many pictures decorating the walls.

Fourth Album: Year of the Wolf

Nerina confirmed the forthcoming album is entitled Year of the Wolf via her Twitter on 21 January 2011. It was also confirmed for release on 30 May 2011- announced on Nerina's Twitter page on 9 March 2011. The release date was pushed to 13 June 2011 - announced on Nerina's Twitter Page 5 May 2011. The album will be released on the Geffen label. In July 2010, Nerina resigned back to Geffen Records and to the A&R that first signed her to Polydor. Nerina Pallot recorded with Bernard Butler for the album. The lead single has also been confirmed as "Put Your Hands Up" and was released 24 April.

Pallot was nominated for British Female Solo Artist at the 2007 BRIT Awards. On 23 April 2007, it was announced that she had been nominated for an Ivor Novello Award for "Sophia" in the category of 'Best Song (musically and lyrically)'.

In early 2006 Pallot became engaged to Howard Willing, one of the producers who worked on her second album 'Fires', but the relationship ended later that year.

Pallot met fellow Jersey resident and Grammy Award nominated record producer Andy Chatterley in January 2007. They became engaged within the first half hour of their first date, and married six weeks later on 14 February 2007. The story was told by Pallot on Janice Long's BBC Radio 2 show on 3 June 2009. Pallot recently completed her degree in English Literature at Birkbeck, University of London. The couple now reside in London.[5]

On 9th Sept, 2010, Nerina announced via Twitter: "@Andy_Chatterley and I are proud to present our finest song. Our son,Wolfie Chatterley, born this morning". The child's full name is Wolfgang Amadeus Chatterley.

This article uses material from the article Nerina Pallot from the free encyclopedia Wikipedia and it is licensed under the GNU Free Documentation License.