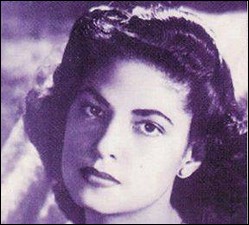 Velázquez was the songwriter and lyricist of many Spanish standard songs, such as "Amar y vivir" ("To Love and to Live"), "Verdad amarga" ("Bitter Truth"), "Franqueza", "Que seas feliz", "Abuela abuela", "Cachito", "Enamorada", and, most notably, the enduring 1940s-era standard "Bésame mucho", a romantic ballad which was soon recorded by artists around the globe, making it an international hit.

Velázquez, who is said to have begun playing the piano at the age of four, started her professional career as a classical music concert pianist, performing at Palacio de Bellas Artes and XEQ Radio, but later became a singer and recording artist. According to Velázquez herself, she was strongly influenced by Spanish composer Enrique Granados. Velázquez also was elected to the Mexican Congress, she served as president for SACM (Society of Authors and Composers of Mexico), and she was vice-president of CISAC (International Confederation of Authors and Composers Societies).

According to her obituary, she was 88 years old when she died in Mexico City, of respiratory problems, on January 22, 2005.[1][2] Velázquez had been in hospital since she suffered a fall in November 2004.

This article uses material from the article Consuelo Velázquez from the free encyclopedia Wikipedia and it is licensed under the GNU Free Documentation License.

I Got A Mind To Tell You Spencer Day
Update Required To play the media you will need to either update your browser to a recent version or update your Flash plugin.