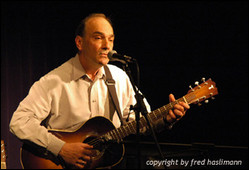 His father, William Kerner, was a leader of the international peace movement following WWII, joining with Paul Robeson and other notable figures in supporting a non-belligerent US foreign policy particularly in regards to the Soviet Union and China. William Kerner died of myasthenia gravis in 1954. Mathew's mother remarried in 1956 becoming the wife of longshoreman Jerome Callahan. Mat henceforth used the name Callahan.

He spent his childhood at Peters Wright Creative Dance, founded by his grandaunt, Anita Peters and her husband Dexter Wright in 1912. His grandmother (Anita's youngest sister), Lenore Job, also a choreographer, dancer and teacher, was the director of the school when Callahan was born. His mother, Judy Job, followed her mother's lead also pursuing choreography, dancing and teaching. Peters Wright Creative Dance was a direct descendant of the movement inspired by Isadora Duncan. New attitudes towards, women, education and society were embodied in this approach whose influence continued to spread during the 20th century as Modern Dance. From childhood to adolescence, Callahan studied and performed at Peters Wright. His last dance performance was in Charles Weidman's Christmas Oratorio presented on the altar of newly completed Grace Cathedral in San Francisco in 1965.

In 1964, exposure to the sounds of rock 'n' roll culminated in Callahan taking up guitar and starting the first of many bands. He began working with the San Francisco Mime Troupe and co-founded the Mime Troupe-sponsored band, Red Rock. This was followed by Prairie Fire, a militant duet that performed all over the U.S., in conjunction with innumerable campaigns and organizations fighting suffering and injustice. During this time, he became involved with the Black Panthers and other revolutionaries, and refused induction into the U.S. Army. After Prairie Fire, Callahan started a band called the Looters.

The Looters began their odyssey as a thrown-together, sweaty, funky, political rock band playing in the legendary underground bohemian hang-out The Offensive, in the Mission District of San Francisco (where most of the original band members lived). The band grew to become a popular, critically renowned, musical trailblazer and led the Bay Areas worldbeat musical movement in the 1980s.

In 1985, the Looters were invited to play several dates in Nicaragua by the Association of Sandinista Cultural Workers and the Managua television station, being the first U.S. rock band to play there after the revolution. They headlined a stadium show in front of over 28,000 people in Managua, and returned home to further embrace a style of rock music influenced by world rhythms and beats.

In 1986, the Looters toured Europe, supporting their first EP on Alternative Tentacles records, a label founded by iconic punk rocker Jello Biafra of the Dead Kennedys. The EP won a Bay Area Music Award Bammie for Best Independent Album. Callahan became established as the groups lead singer and songwriter, and remained in that capacity throughout the bands run. By happenstance, Island Records head Chris Blackwell heard the Looters' EP playing in a New York record store and tracked the band down and signed them. The result was the release of Flashpoint on Island Records in 1987, nudging the band into mainstream awareness.

Elements of reggae, rock, funk and afro-caribbean rhythms combined to shape the Looters sound and anchored their attraction as a top live act. The Looters put on passionate, sweaty, exciting stage shows, still playing at illegal venues but also at major concerts, such as opening for the Grateful Dead in their legendary New Year's Eve shows at the Oakland (CA) Coliseum with the Neville Brothers. They added Canada and Europe to their regular tour schedule and became a consistent touring act.

Also in 1986, Callahan co-founded the artists collective Komotion International, an innovative member run nightclub, gallery, studio, and widely read magazine, which Callahan wrote for and edited. Komotion became an important and fertile social and political focus for the Mission District community and for San Francisco in general. In musical history, it became an incubator and spawning ground for such artists as Primus with Les Claypool, Disposable Heroes of Hiphoprisy with Michael Franti and Charlie Hunter, and Consolidated. Artists from many continents utilized Komotions recording studio and support membership to create lasting works. For more than a decade, Komotion was a center for opposition and creativity centered in the political hotbed of San Francisco. Early on Callahan composed the Komotion Kredo:

In 1989 the Looters released Sides, an EP on Raizer X Records, then hit their arguably creative peak with releases Jericho Down and Imago Mundi on Monster Music records. Jericho Down was perhaps their most critically acclaimed album, as the band received their second nomination for a Best Independent Album Bay Area Music Award, and won Best Pop Indie Label Release of 1991 by WARD Music Monthly. Larry Canale of CD Review stated they were a band thats quietly creating some of the most riveting, relevant world/pop music today and that in concert the group is absolutely riveting.[1] Industry bible Billboard magazine raved about the bands superb musicianship that transcends any single genre.[2] San Francisco Examiner critic Philip Elwood called the album a major achievement and that the band was a treasure in the music business.[3]

Imago Mundi, named after Columbuss book of maps on the 500th anniversary of his discovery, turned out to be the bands swan song. Featuring the Tower of Power horn section, the album was a final swing through the musical styles of rock, afrobeat, Cuban, soca and funk. Callahans songwriting increasingly included multi-part harmonies that created song melodies and hooks distinctive to rock music of the day, while focusing lyrically on social and economic justice. Callahan led the band through a final tour with some new band members, but decided to end the bands run soon thereafter.

Summing up the band, Stephen Ostick of the Winnipeg (Canada) Free Press stated, a set with the Looters remains a one-of-a-kind experience. One can still say with certainty youve never seen or heard anything like the Looters.[4]

Callahan returned to San Francisco to produce projects by artists such as Stephen Yerkey and the Disposable Heroes of Hiphoprisy (Island Records). He was awarded the Goldie Award in 1992, which honored Local Heroes and their contribution to the community by the San Francisco weekly news magazine the Bay Guardian.[5] He also served as President of the Board of Directors for the Bay Area Center for Arts and Technology, a non-profit arts organization. He formed the band The Wild Bouquet which released two albums and toured in Europe, which led to Callahans relocation to Switzerland where he lives to this day. After two solo European releases (Testimony, a greatest hits compilation and San Francisco), Callahan released his first U.S. solo album A Wild Bouquet (Broken Arrow Records) which featured remastered songs from the out-of-print Wild Bouquet albums along with a new tract introducing popular Swiss vocalist Yvonne Moore to U.S. audiences. The album also featured musicians Les Claypool (Primus), Joe Gore (P.J. Harvey) and Brain (Tom Waits).

In 1999, Callahan wrote and produced Yvonne Moores second album Between You and I and went on to produce and write songs for her subsequent releases Nomad and Put Out the Trash. This grew into a performing collaboration between the two and ultimately the recording and release of Welcome in 2007. On Welcome, Callahans acoustic guitar was the only instrumental accompaniment to the duos vocals. Labeled new folk music, its back porch feel was far from the global arrangements and big productions of The Looters. Also in 2007, Callahan produced the album Nectar by his daughter, singer Shannon Callahan, in Berlin, Germany. Callahan and Moore released Burn the Boogeyman, their follow up to Welcome in 2009.

Callahans lyrics have always been a significant focus of his music and acclaim. J.H. Tompkins, music editor of the San Francisco Bay Guardian stated that Callahan writes lyrics as rich in allegory and purpose as anything youll run into this side of the Old Testament and that he just cant help but write beautiful songs.[6] So it was an obvious extension to see his lyrics comprise the book Testimony (Freedom Voices), a collaboration with Swiss artist and illustrator Mariann Muller. Published in 2000, the book featured 40 full color reproductions of Mullers paintings combined with the text of Callahans songs from the Looters and Wild Bouquet albums. Other published works of Callahan are Sex, Death and the Angry Young Man (Times Change Press, 1991) and The Trouble with Music (AK Press, 2005).

The Trouble with Music, a study of (pop) music history, technology, music making and music ownership and copyrights,[7] placed Callahan as a guest lecturer on college campuses throughout the U.S., in 2005. He spoke at institutions such as New York University, Berklee School of Music, Oberlin, Albright, and Stanford Law School. He appeared in forums such as the Brecht Forum and Left Forum in New York City, and in countless bookstores and activist collectives. The book also led him to a friendship and collaboration with folk music pioneer Pete Seeger. Callahan presented Seegers program for Public Domain reform to the World Intellectual Property Organization (WIPO) conference in Geneva, Switzerland, in 2007.

This article uses material from the article Mat Callahan from the free encyclopedia Wikipedia and it is licensed under the GNU Free Documentation License.

Où s'en Vont Nicolas Hafner Swisstet
Update Required To play the media you will need to either update your browser to a recent version or update your Flash plugin.