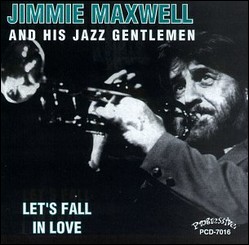 Maxwell played cornet from an early age, studying with Herbert L. Clarke in the early 1930s. He played with Gil Evans (1933-34), Jimmy Dorsey (1936), Maxine Sullivan, and Skinnay Ennis before joining Benny Goodman's band from 1939-43. He also played with Goodman later in life, including on his tour of the Soviet Union in 1962. He worked as a studio musician for NBC from 1943, playing on The Perry Como Show (1945-63), The Patti Page Show, the Pat Boone Show, and The Tonight Show (1963-73). He played first trumpet on hundreds of recordings and commercials from 1950-1980. In addition, he worked as a sideman for, among others, Woody Herman (1958), Count Basie, Duke Ellington (1973), Oliver Nelson, Gerry Mulligan, Maynard Ferguson, Quincy Jones (1964), the New York Jazz Repertory Company, and Chuck Israels's National Jazz Ensemble. Maxwell played the trumpet solo theme for the soundtrack of The Godfather. He also taught from 1950.

Later in life Maxwell worked with Dixieland jazz and swing ensembles such as Dick Sudhalter's New California Ramblers. He led one session for Circle Records in 1977. He retired from recording and performing later in life but still taught music until 2001, and died the next year.

This article uses material from the article Jimmy Maxwell (trumpeter) from the free encyclopedia Wikipedia and it is licensed under the GNU Free Documentation License.