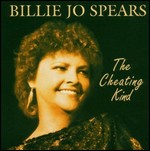 Billie Jo Spears (born Billie Jean Spears, January 14, 1937 December 14, 2011) was an American country music singer. She reached the Top 10 of the country music chart five times between 1969 and 1977, her biggest being "Blanket on the Ground", a 1975 #1 hit.[1] She also had a large following in the United Kingdom with two of her singles reaching the pop top five.

Early life and rise to fame

Spears was born in Beaumont, Texas, United States. She made her professional debut at age 13 at a country music concert in Houston, Texas. She cut her first single, "Too Old For Toys, Too Young For Boys", while still a teenager. It was released by independent record label Abbot Records, under the name 'Billie Jean Moore'. She also performed on the Louisiana Hayride at 13.[1] After graduating from high school, she sang in nightclubs and sought a record deal. Her early career was orchestrated by country/rockabilly songwriter Jack Rhodes. Working out of his makeshift recording studio, Rhodes took it upon himself to provide Spears with material and clout in her early years. Spears moved from Texas to Nashville, Tennessee in 1964. She gained her first recording contract with United Artists Records and worked with producer Kelso Herston. Her first singles brought her little success. Soon her producer moved over to Capitol Records and Spears followed. She was placed under contract by the label in 1968.

One of Spears's first singles for the label was "Harper Valley PTA" but her single release was beaten off the presses by Jeannie C. Riley's version which became a monster crossover hit, while Spears's failed to chart.

Spears's first hit came in 1969, when her Capitol Records release "Mr. Walker It's All Over" reached #4 on the Country chart.[1] It also reached the Pop charts at #80. The song told of a secretary who resigned a job where she was unappreciated for her skills and encountered sexual harassment. She gained four more top 40 country hits during the next two years but by late 1972 was off Capitol and had two years without a charting release.[1]

In 1975, Spears signed again with United Artists Records, now the home to some of country music's pop-based acts like Kenny Rogers. She returned to the charts in 1975 with "Blanket on the Ground".[1] The song had been previously turned down by Nashville producers who feared controversy with the chorus line "slipping around", even though the tune was not about adultery.[2] The expected controversy never materialized, and it became her only #1 song.

In the United Kingdom the song climbed into the top ten of the UK Singles Chart in August 1975, reaching #6. Her 1976 country top five record "What I've Got in Mind" proved to be a second major British pop hit for her peaking at #4 even though it did not cross over to the American pop charts. Spears had a third British pop hit, albeit a lesser one peaking at #34 with "Sing Me an Old Fashioned Song", a track that was just an album cut in the States.

Billie Jo Spears was a steady presence on the American top 20 country chart for the remainder of the 1970s with such hits as "Misty Blue" (a remake of the 1960s Wilma Burgess classic), "'57 Chevrolet", "Love Ain't Gonna Wait For Us", and "If You Want Me". 1981's cover version of Tammy Wynette's 1960s hit, "Your Good Girl's Gonna Go Bad", was her last voyage into America's country top 20.

Spears continued releasing albums in the United States into the 1980s. By the mid 1980s, her overall success in the United States had tapered off. However, she retained a following in the UK, and remained a popular live performer there. Spears recorded a number of albums for the British market that had limited or even no release in the US. This level of fame in the UK was summed up by the magazine, Country Music People, during the 1990s when their article described Spears as "The Queen Mother of country music."

In 1990, Broadland Records produced an ill-fated experimental album where 'wannabe performers' could, for a fee, record the second part of the duet. She told BBC Radio Merseyside personality, Spencer Leigh, in 1994, "The album never got finished and I don't know what happened to the money. It's pathetic and I'm very disappointed."[3]

She recovered from triple bypass surgery in 1993 and continued to tour for more than 16 years.

In 2005, Spears released the album I'm So Lonesome I Could Cry. Spears toured with the Irish country singer Philomena Begley in 2011.[4]

This article uses material from the article Billie Jo Spears from the free encyclopedia Wikipedia and it is licensed under the GNU Free Documentation License.

Papito (Version Radio) Ochumare Quartet
Update Required To play the media you will need to either update your browser to a recent version or update your Flash plugin.