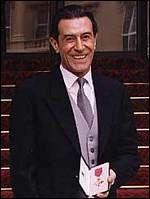 He pinned down international hits for artists like Celine Dion, Joe Dolan, Aretha Franklin, Whitney Houston, Diana Ross, Leo Sayer, Tina Turner, as well as Glen Campbell, Julio Iglesias, Willie Nelson, Bonnie Tyler and bands Ace of Base, Air Supply, Blue Mink, Chicago, Heart, Living in a Box, The Carpenters, The Hollies, The Pipkins, Starship, Westlife and others. Massive hits co-written by Hammond include "Make Me an Island" and "You're Such a Good Looking Woman" by Joe Dolan, "Nothing's Gonna Stop Us Now" by Starship, "One Moment in Time" sung by Whitney Houston, "The Air That I Breathe", a hit for The Hollies, "To All the Girls I've Loved Before" a Julio Iglesias/Willie Nelson duet, "When I Need You" by Leo Sayer, and others.

He was also a solo singer in his own right with hits like "Down by the River", "It Never Rains in Southern California", "The Free Electric Band", "I'm a Train", "When I'm Gone" and others and for a time was part of the formation The Family Dogg with whom he had the hit "A Way of Life". He has also produced for a great number of artists.

Hammond was born in London, England, which is where his family had been evacuated to from Gibraltar during World War II.[1] Shortly after his birth, they returned to Gibraltar, where he grew up.[1] In 1960, he started in music with Gibraltarian band The Diamond Boys, which had no real commercial success, but played a part in Spain's introduction to pop and rock music. The Diamond Boys performed at the first nightclubs in Madrid to stage modern bands, alongside Spanish rock and roll pioneers such as Miguel Ríos. In 1966 Hammond co-founded the British vocal group the Family Dogg, reaching number 6 on the UK Singles Chart with "A Way of Life" in 1969[1][2] from the same titled album A Way of Life.

He also wrote songs for others with frequent collaborator Mike Hazlewood. These include "Little Arrows" for Leapy Lee, "Make Me an Island" (1969) (which Hammond himself recorded in a Spanish disco-style in 1979), and "You're Such a Good Looking Woman" (1970) for Joe Dolan, "Gimme Dat Ding" for the Pipkins in 1970 (itself a cover from the Freddie and the Dreamers album, Oliver in the Overworld), "Good Morning Freedom" for Blue Mink, "Freedom Come, Freedom Go" for the Fortunes in 1971 and "The Air That I Breathe" which was a hit for the Hollies in 1974.[1] In 1971 Hammond also sang on Michael Chapman's fourth album, Wrecked Again, and worked briefly with the Magic Lanterns on recordings of his and Hazlewood's songs and other material.[3]

He then moved to the United States, where he continued his professional career as a musician. However, he enjoyed his greatest commercial success in mainland Europe. He is known for his hits of the 1970s, released on Columbia subsidiary Mums Records: "Down by the River", "It Never Rains in Southern California", "The Free Electric Band" (his only single to chart in the UK),[2] "Half a Million Miles from Home", "If You Gotta Break Another Heart", "The Peacemaker", "I Don't Wanna Die in an Air Disaster", "I'm a Train" and "99 Miles from L.A.".

Written with Carole Bayer Sager, "When I Need You" was first recorded by Hammond on his 1976 album When I Need You. Produced by Richard Perry, Leo Sayer's version made No. 1 on the UK Singles Chart for two weeks in February 1977, after three of his earlier singles had stalled at No. 2. A hit worldwide, it reached No. 1 In Canada (RPM Top Singles) (also for two weeks), and on the Billboard Hot 100 for a week in May 1977. Leapy Lee released a version of "When I Need You" on his first recording since 1970.[4]

Hammond had success as a singer-songwriter with his Spanish recordings. His releases on Epic Records allowed him to tour every region of Latin America. It was during this period that he met Manuel Montoya, a CBS Mexico executive, who became his personal manager in 1985. This led to Hammond's Grammy Award winning production of Lani Hall's, Es Facil Amar, the producer and writer of "Cantaré, Cantarás" (the Latin American equivalent of "We Are The World"), and collaborations with Roberto Livi on recordings by Raphael, Eydie Gormé amongst others.

Hammond also scored two hits in the Philippines during 1981. His songs "When I'm Gone" and "Your World and My World" (from the album of the same title) were popular in the country.

With Hal David Hammond co-wrote "To All the Girls I've Loved Before", a hit in 1984 for Julio Iglesias and Willie Nelson. Hammond collaborated with Diane Warren on "Nothing's Gonna Stop Us Now", a transatlantic No. 1 in 1987 for Starship, and "I Don't Wanna Live Without Your Love", a hit for Chicago that peaked at No. 3 in the U.S. Billboard Hot 100 chart in 1988. With lyricist John Bettis, Hammond also co-wrote "One Moment in Time", the theme song to the 1988 Summer Olympics in Seoul, South Korea, as performed by Whitney Houston.

He wrote several hits for Tina Turner, including "I Don't Wanna Lose You", "Be Tender with Me Baby", "Way of the World", and "Love Thing". Bonnie Tyler recorded the original version of Hammond/Warren's "Don't Turn Around", a UK No. 1 for Aswad in 1988 and a hit for Ace of Base five years later.

In 2005, he released Revolution of the Heart (where Todd Sharpville was his music director), and the single "This Side of Midnight".

In 2008, Hammond met Kasaan Steigen of the Los Angeles-based Trigger Management who became his personal manager, during which time Hammond collaborated with British singer Duffy and others. Duffy's resulting album, Endlessly, co-written and co-produced by Hammond, was released in November 2010.[5]

In 2010, Hammond also worked on Legend, a new recording of duets of his greatest hits, featuring such artists as Elena Paparizou and Bonnie Tyler. It was released on Sony Spain on 23 November that year.[6][7]

His son, Albert Hammond Jr., is a successful solo musician and also a member of the Strokes.

In 1987, Hammond's composition with Diane Warren "Nothing's Gonna Stop Us Now" (recorded by Starship) was nominated for an Oscar, Golden Globe and Grammy. In 1988, Hammond won an Emmy Award for the song "One Moment in Time", a song he wrote along with John Bettis.

Half Man Half Biscuit paid tribute to Hammond in their 1986 track "Albert Hammond Bootleg".

In May 2015, Hammond collected the Ivor Novello award for outstanding song collection.[8]

in The Family Dogg

This article uses material from the article Albert Hammond from the free encyclopedia Wikipedia and it is licensed under the GNU Free Documentation License.

Look Here Ben Sidran
Update Required To play the media you will need to either update your browser to a recent version or update your Flash plugin.