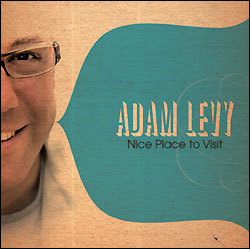 Adam Levy is an accomplished jazz guitarist/singer-songwriter and a writer/artist for Universal Music Publishing Group. Levy has recorded with Norah Jones (with a six-year stint touring as a member of her Handsome Band), Tracy Chapman, Sex Mob, Shelley Segal and Amos Lee, and has released several solo albums as well. The Heart Collector is his latest studio album.

Levy is also a freelance journalist. His work has appeared in Acoustic Guitar, Guitar Player, and other publications.

This article uses material from the article Adam Levy from the free encyclopedia Wikipedia and it is licensed under the GNU Free Documentation License.

Listen Here/Cold Duck Time Poncho Sanchez
Update Required To play the media you will need to either update your browser to a recent version or update your Flash plugin.