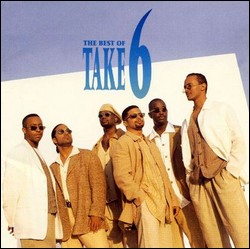 In 1980, Claude McKnight (older brother of R&B musician Brian McKnight) formed an a cappella quartet, The Gentlemen's Estates Quartet, at Oakwood College (now Oakwood University), a Seventh-day Adventist university in Huntsville, Alabama, where he was a freshman. He auditioned fellow students for the hobby group. The Gentlemen were rehearsing in a campus bathroom (later said to be in Moran Hall), getting ready for a performance, when Mark Kibble heard them singing. He joined the harmonizing, adding a fifth part, and ended up singing with them onstage that very night.[2] Mark later invited Mervyn Warren to join the group. The group performed under the moniker Alliance.

The group performed in local churches and on campus over the next years, with members changing due to college's inevitable comings and goings. In 1985, the lower half of the group (bass, baritone, and second tenor) left upon graduating. At that time, Alvin Chea, Cedric Dent, and David Thomas joined.

The group was signed to Warner Brothers in 1987, and quickly changed its name to Take 6 after a name search revealed Alliance was in use. Their eponymous debut album, released in 1988, won them two Grammy Awards and resulted in top ten appearances on both the Billboard Contemporary Jazz and Contemporary Christian Charts. Their swinging, harmony-rich sound attracted much attention; the group went on to record or appear with a number of luminaries, including Quincy Jones, Ella Fitzgerald, and Stevie Wonder, to name a few. They recorded for the soundtracks of Dick Tracy, Spike Lee's Do the Right Thing, John Singleton's Boyz n the Hood, and the theme song to the TV series Martin. They earned performances on Saturday Night Live, the 72nd Academy Awards, and the Grammys, and have had the honor of performing for four U.S. sitting Presidents, including the Democratic National Convention.

The group regularly featured on the 1990 Victor Lewis-Smith show on the BBC's Radio 1.

In 1991, after the release of their second album, So Much 2 Say, Mervyn Warren left the group to pursue a career as a producer. Joey Kibble, Mark's younger brother, was invited to round out the vocal lineup. The group added instrumentation to their purely a cappella sound beginning with the record, He Is Christmas. Join The Band and Brothers continued their Grammy streak. Take 6's 1998 release, So Cool, brought the group back to its a cappella origins.

In 2006 the group launched Take 6 Records; Feels Good the first album on their new label, was released the same year.

In 2007, they recorded a duet with Eros Ramazzotti in his CD e² ("Eros al quadrato") singing backing vocals to the song "Un attimo di pace".

In 2008, Take 6 released The Standard, which was a first time voyage for the group into a more traditional Jazz repertoire. The Standard, a critically hailed success, garnered three more Grammy nominations providing them the distinct honor of being the most Grammy nominated vocal group in history.

The group's home-base is Nashville, Tennessee, with two members residing in Los Angeles.[3] All original members grew up Seventh-day Adventist.[1]

In 2016, Take 6 released Believe with record label, Sono Recording Group. The album, produced by Claude Villani and Ross Vannelli, charted in six categories on Billboard within its first two weeks of being released.[4]

In 2018, Take 6 released Iconic again with SoNo Recording Group. Produced and arranged by Take 6, the album became the group's first release to chart at No. 1 on the Billboard Contemporary Jazz Chart. The first single, the Eric Clapton classic "Change the World", premiered on the Billboard Contemporary Jazz Song chart in the top 30. The second single, the Christopher Cross classic "Sailing", was remixed by producer Tim Kelley, Director of A&R for the SRG/ILS Group.

This article uses material from the article Take 6 from the free encyclopedia Wikipedia and it is licensed under the GNU Free Documentation License.

Scaramanga Magnin & Co
Update Required To play the media you will need to either update your browser to a recent version or update your Flash plugin.